NASA has cancelled its plans for an all-female spacewalk due to a lack of spacesuits that fit women astronauts. While Friday’s much-anticipated spacewalk will still take place, one of the two women scheduled for the journey, Anne C. McClain, will have to stay back. A man will accompany astronaut Christina H. Koch in her place.

Both McClain and Koch required medium spacesuit torso sections, and there is currently only one that is properly configured at the International Space Station, NASA said in a statement on Monday.

Hillary Clinton was one of many people who had been looking forward to the historic mission and took to Twitter to voice disappointment at NASA’s announcement, writing “make another suit.”

The March for Science posted that the decision was “incredible disappointing.”

After some of the response, the agency clarified its reasoning on Twitter, explaining that it has more than one medium suit onboard — there just wasn’t enough time to fit and adjust that piece ahead of Friday’s spacewalk.

McClain went on a spacewalk in this series on March 22, also with Nick Hague, the astronaut who will join Koch in Friday’s mission. It was during that spacewalk that she realized she preferred wearing the medium size torso, rather than the large one that she was originally slated to wear, Stephanie Schierholz, a spokesperson for NASA, said on Twitter.

“When you have the option of just switching the people, the mission becomes more important than a cool milestone,” Schierholz told the New York Times on Monday. 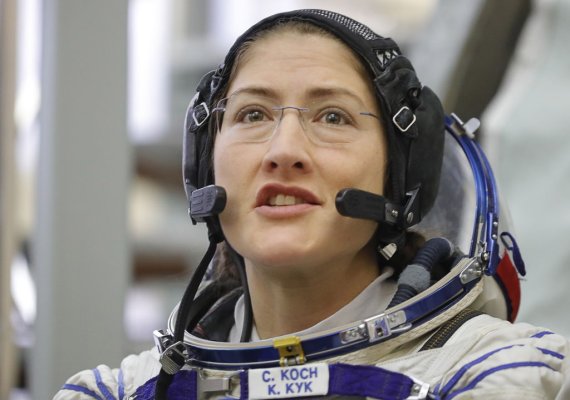 NASA Nixes the All-Women Spacewalk
Next Up: Editor's Pick