Australia got its second cyclone in one 48 hour-period as Cyclone Veronica sent violent rain and waves onto the nation’s northwestern region on Monday. But over the weekend, one man shared his own personal horror during the storm: his dwindling beer supply.

Shane Ryan began live-streaming security footage of his home on Facebook on Saturday to show the storm to concerned friends and family, and he soon realized that the real emergency was the ‘beer-mergency’ of the available beverages in his fridge.

“Live Stream of Cyclone Veronica In Baynton Karratha,” Ryan titled one of the posts, which showed a tally of alcoholic drinks remaining in addition to the stormy view outside his house in Karratha, Western Australia. After about three hours, the beer supply reached zero, and Ryan started his tally of Jameson and Ginger Ale, because apparently he’s a man of taste who drinks Whiskey Gingers.

Some faithful viewers commented asking that Ryan “pass some over the fence” to share his minor wealth with others. When the beers ran out and the whiskey tally appeared, one user joked that Ryan must have gone to the liquor store.

As of Tuesday, the storm has weakened and is no longer considered a tropical cyclone in Australia. Conditions from the storm’s impact are improving, Western Australia’s Bureau of Meteorology said in a tweet on Monday, but the bureau is still “urging people to be careful.” 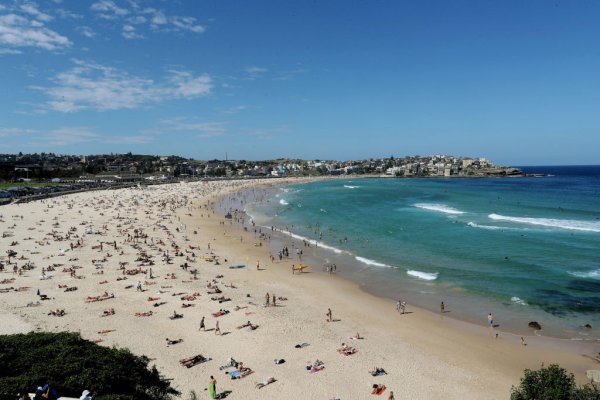