Officials in New York’s Rockland County are banning people who have been diagnosed with measles out of public places and keeping improperly vaccinated children out of school, in their latest attempt to stop an “accelerating” measles outbreak there.

The order is reminiscent of one issued last month, when Rockland County Executive Ed Day declared a state of emergency over the county’s ongoing measles outbreak. At that time, he announced that children who had not been vaccinated against the disease could not visit public places such as shopping centers, restaurants, schools and houses of worship. That order was eventually halted by a judge who said the county’s outbreak did not constitute an emergency or disaster.

The second policy says that schools cannot allow students who have not been vaccinated against measles to attend, unless they have a valid medical or religious exemption on file. Failure to comply with this order could also result in a $2,000 fine per violation per day.

During a press conference, Day argued that the original emergency declaration was appropriate, and reiterated his commitment to ending Rockland’s measles outbreak. “To be told that we should wait for someone to die because of this disease is absolutely beyond belief. Should we wait for hundreds more people to also fall ill?” Day said. “To say we are overreaching flies in the face of fact, history and, most important, common sense.”

Measles, a highly contagious virus that comes with symptoms including fever, cough and rash, was declared eliminated from the U.S. in 2000, but pockets of vaccine skepticism across the U.S. have allowed the preventable illness to come creeping back. In addition to Rockland, outbreaks have been reported in New York City and the Pacific Northwest. Nationwide, the Centers for Disease Control and Prevention has confirmed 555 cases of measles in 20 states in 2019.

While every state requires certain vaccinations for children before they enroll in school, most currently allow exemptions for families with personal or philosophical objections to vaccination. States with particularly widespread exemptions, such as Washington, have seen high numbers of measles cases.

The resurgence of measles has bred dueling responses from lawmakers. Some have joined public health officials in advocating for near-universal vaccination and moving to limit exemptions for all but medical reasons, while others are actually trying to make it easier for parents to opt out of vaccine requirements. In February, then-Food and Drug Administration Commissioner Dr. Scott Gottlieb said the federal government might someday intervene, if lax state laws continue to allow for outbreaks.

Officials in New York City this month also issued a mandate requiring all residents of four Brooklyn zip codes to get vaccinated against the measles, if they have not gotten the shot already. 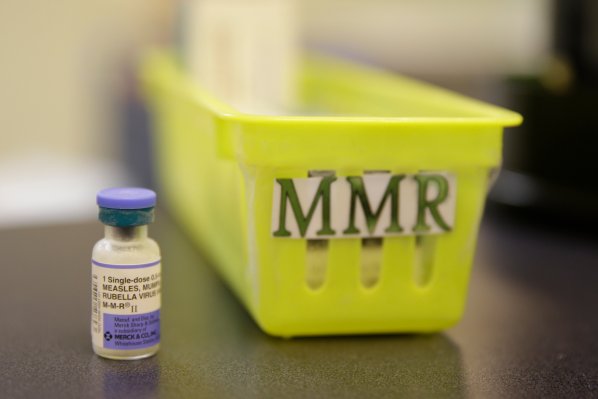 Judge Won't Let Unvaccinated Students Go Back to Class
Next Up: Editor's Pick