California Sen. Kamala Harris, a Democratic presidential candidate, unveiled a $315 billion plan Tuesday to give public school teachers across the country an average $13,500 raise — a plan her campaign is calling “the largest federal investment in teacher pay in the country’s history.”

“The people who are going to educate our children are our teachers, and for too long, they have been paid substandard wages,” Harris said in an interview on CBS News Tuesday morning. “Let’s pay them their value.”

The plan, which would cost an estimated $315 billion over 10 years, aims to close the “teacher pay gap” identified by the left-leaning Economic Policy Institute, which found that teachers made 11.1% less than comparable workers in other professions in 2017, even with benefits factored in.

Under Harris’ plan, the federal government would provide 10% of the funding needed to close the pay gap for teachers and then incentivize states to increase teacher pay through a federal match. For every $1 a state invests in raising teacher pay, the federal government would invest $3 “until the teacher pay gap is entirely closed by the end of Harris’ first term.” Teachers in high-need schools that disproportionately serve students of color would receive more of a pay hike, an effort to improve teacher recruitment and retention.

“It will be paid for by strengthening the estate tax and cracking down on loopholes that let the very wealthiest, with estates worth multiple millions or billions of dollars, avoid paying their fair share,” the Harris campaign said in a statement about the plan.

Read More: This Is What It’s Like to Be a Teacher in America

The proposal follows a year of teacher strikes across the country, including in Harris’ own state of California, where teachers in Los Angeles and Oakland went on strike this year, calling for smaller class sizes, better pay and more regulations on charter school expansion. In the past year, teachers from West Virginia to Arizona have walked out over stagnant wages that forced them to work multiple jobs and low classroom funding that left them spending their own money on school supplies.

While other Democratic presidential candidates have also voiced support for striking teachers in recent months, Harris’ plan is the most expansive education proposal unveiled thus far. Union leaders and other education experts praised the plan.

In a statement, American Federation of Teachers President Randi Weingarten called the plan a “bold, smart, strategic and decisive proposal that will help make teaching a respected profession by paying teachers a living wage, while incentivizing diversity and high-quality teacher preparation.”

“It will help fund our future by delivering urgently needed help to communities wracked by decades of austerity and underinvestment,” Weingarten said. “For every teacher in America and for the 91 percent of kids who attend our public schools, this is one of the most thoughtful initiatives we’ve seen in years.”

“This should be central to the 2020 conversation,” National Education Association President Lily Eskelsen García said in a tweet on Saturday, after Harris discussed the proposal at a campaign rally.

But teacher pay is currently determined at the state and district level, and Harris’ proposal is likely to spark questions about whether the federal government should be involved and whether states will choose to participate in the plan.

“Where the states cannot act, we should actually support them,” Harris told CBS News. “The education of the children of America is not a partisan issue.” 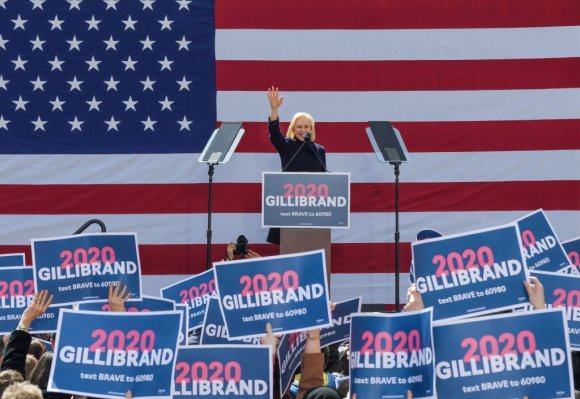 Democratic Presidential Candidates Call for Release of Mueller Report
Next Up: Editor's Pick