The family that owns Krispy Kreme, Panera Bread, Peet’s Coffee, Stumptown, Dr. Pepper, and many other companies is in the midst of a public reckoning with its past.

The Reimann family, who owns JAB Holding Company, which owns a vast array of popular coffee and food related companies, learned that their German ancestors not only supported Adolf Hitler during his rule of Germany, but used Russian civilians and French prisoners of war as forced labor in their family factory, NBC News reports.

The family has been aware of their relatives close ties and support of the Nazi regime since discovering documents belonging to a now-deceased family member, Albert Reimann Sr. He and his son, Albert Reimann Jr., used forced laborers under the Nazis during World War II and made the work in the industrial chemicals company that helped start the family’s fortune. In 2014, the Reimanns hired a history professor at the University of Munich to find answers about their family’s Nazi ties, but did not make the Nazi ties known until they were unveiled in a story in the German newspaper, Bild. They were then confirmed by family spokesman, Peter Harf. “We were ashamed,” Harf told the outlet in an interview, per NBC News. “These crimes are disgusting.”

To endeavor to make public amends for their family’s past history, the family plans to publish a book with the professor’s findings. They also claim they plan to donate $11.3 million to a charity, but have not yet decided which one. The family’s now-Luxembourg-based investment firm JAB Holdings owns a coffee-bagel-and-soda empire worth an estimated $3.1 billion. Their holdings include Snapple, Pret A Manger, Caribou Coffee, Einstein Bros. Bagels, Au Bon Pain, K-Cup coffee maker Keurig, and many others. 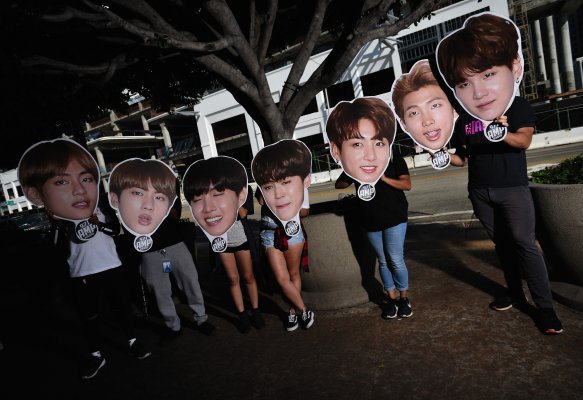 Fans Have Really Mixed Feelings About How These New BTS Dolls Look
Next Up: Editor's Pick