Yale University has rescinded the admission of a student who was accepted as part of the massive college cheating scandal revealed by the Department of Justice earlier in March.

Federal prosecutors charged 50 people for participating in the scheme, which employed bribery, exam cheating and unearned athletic endorsements to help get applicants into prestigious colleges. Among the 33 parents indicted were CEOs, partners at top law firms and actresses Felicity Huffman and Lori Loughlin.

Yale said in a statement that it believes women’s soccer coach Rudy Meredith assisted two applicants to the university by giving them fraudulent athletic endorsements. One was denied admission and the other was admitted, the university said, adding that federal law and Yale policy prevents them from revealing the applicants’ names.

Meredith left Yale in November 2018, before Yale became aware of his involvement in the scheme, the university said.

Yale President President Peter Salovey told students and faculty in an email earlier this month that Yale would undertake its own review in order to “understand the full impact of this criminal scheme on our university and to protect our admissions processes in the future.” 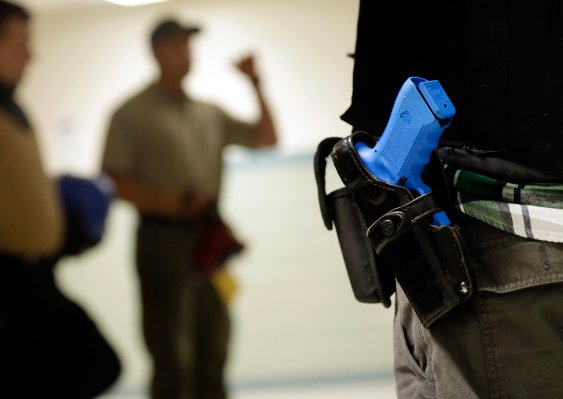 Sheriff Says He'll Stop Active-Shooter Training for Teachers After Complaints They Were Shot 'Execution-Style'
Next Up: Editor's Pick