The Department of Defense has approved the transfer of up to $1 billion in military funds to build a wall on the U.S.-Mexico border, the Pentagon told Congress Monday night.

The money will go to the Department of Homeland Security and Customs and Border Protection “to support the DHS’s request to build 57 miles of 18-foot-high pedestrian fencing,” and to improve roads and lighting along the Yuma and El Paso sections of the border, the DOD said in a statement.

Acting Defense Secretary Patrick Shanahan is due to appear before lawmakers on Capitol Hill on Tuesday morning to field questions on the Pentagon’s plans, which could divert funding from as many as 150 projects within the U.S. and abroad, the AP reports.

Democratic senators condemned the decision to authorize the transfer without congressional approval. “We strongly object to both the substance of the funding transfer, and to the department implementing the transfer without seeking the approval of the congressional defence committees and in violation of provisions in the defence appropriation itself,” they wrote in a letter to Shanahan, according to CNN.

On March 14 the Senate joined the House in voting to block President Donald Trump’s declaration of a national emergency in order to secure funding for the wall. The following day Trump issued the first veto of his term to overrule Congress’ decision. 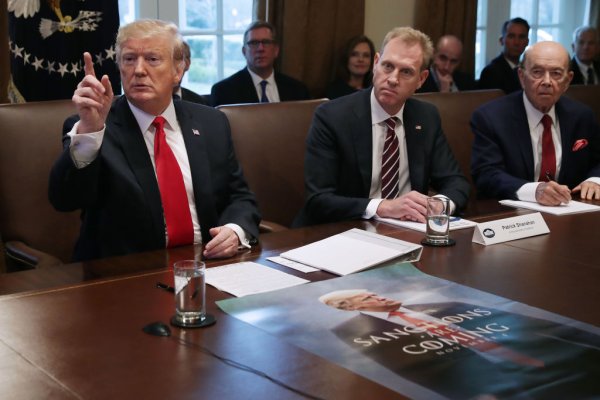