Astronauts Christina Koch and Anne McClain were set to exit the International Space Station and make history together on March 29 with the first all-female spacewalk. But NASA has had to reshuffle the personnel partially because of a lack of correctly sized spacesuits, the agency said Tuesday.

“Mission managers decided to adjust the assignments, due in part to spacesuit availability on the station,” NASA said in a statement.

McClain, who went on a spacewalk on March 22, discovered that a medium-size spacesuit fits her best. Koch needs the same size spacesuit, but there’s only one currently available on the station.

Koch will continue to do the March 29 spacewalk, which is the second in a series of three spacewalks scheduled for March and April, but will be joined by astronaut Nick Hague instead of McClain.

Earlier this month, when the first all-women spacewalk was announced, NASA spokesperson Stephanie Schierholz noted that the history-making walk was coincidental and “not orchestrated to be this way.”

The decision to put off the first all-female spacewalk nevertheless triggered backlash on Twitter, with some critics blaming poor planning and saying it reflects the need for more diversity in the aerospace industry.

NASA selected its first female astronauts in 1978, and women now account for about 34% of its astronauts. 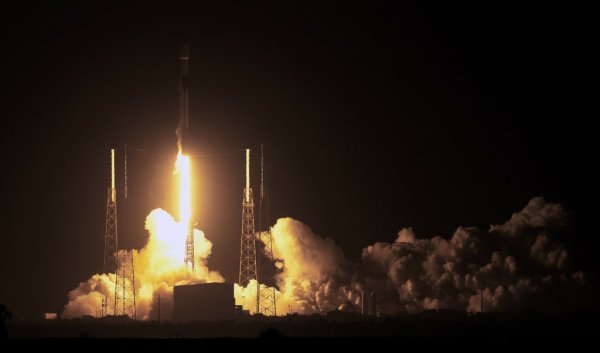 Israel Is Sending a 30-Million-Page Archive to the Moon
Next Up: Editor's Pick