The teenager who went viral for egging an Australian senator who made anti-Muslim comments after fatal shootings at two mosques in Christchurch, New Zealand is speaking out about the incident and its aftermath.

During an appearance on Ten Network television’s “The Project,” 17-year-old Will Connolly, known colloquially on the Internet as “Egg Boy,” said that egging Senator Fraser Anning was not the wisest choice and hoped that the viral aspect of it hadn’t distracted from the Christchurch victims.

Connolly also shared that the GoFundMe that was set up for him to cover legal fees and “more eggs,” has raised over $80,000 in Australian dollars, will all be donated to the victims of the Christchurch shootings.

“I understand what I did was not the right thing to do, however this egg has united people and money had been raised — tens of thousands of dollars has been raised for those victims,” he said.

Anning, who struck Connolly twice after the egging, was seriously critiqued for his comments about the shooting, which he blamed on Muslim immigration. 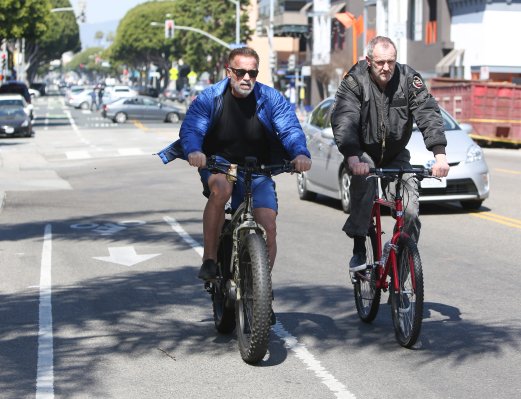 Arnold Schwarzenegger Chasing a Mini Pony by Bike Is Forever Your Monday Motivation
Next Up: Editor's Pick