White House Press Secretary Sarah Huckabee Sanders on Monday called the findings of Robert Mueller’s investigation into Russian collusion “a complete and total exoneration” of President Donald Trump, echoing Trump’s own words on the subject over the weekend.

But, while Mueller’s investigation did not find evidence of collusion between Russia and the Trump campaign, it left unanswered whether Trump obstructed justice during the course of the probe, according to a summary of Mueller’s report from Attorney General William Barr. The report itself has not been made public.

In an interview on NBC’s TODAY Show with Savannah Guthrie, Sanders called Mueller’s probe “a two-year waste of taxpayer time and dollars” and that it was “something frankly that should never have happened.”

When asked by Guthrie whether Trump’s claim that the investigation’s findings were a “total exoneration” was incorrect, Sanders doubled down on Trump’s view. “Because the Special Counsel said they couldn’t make a decision one way or the other, the way the process works is that they leave that up to the Attorney General.”

“In the legal community, when you can’t convict somebody on something, you’re legally exonerating them,” Sanders said, though Guthrie pushed back on that argument as well.

Sanders also dismissed criticism of Barr‘s summary, saying that his final conclusion that Trump had not crossed any legal boundaries was made in conjunction with Deputy Attorney General Rod Rosenstein and followed the process of the law.

Democrats have been quick to seize upon the point that Mueller’s report does not exonerate Trump with regards to obstruction. House Speaker Nancy Pelosi and Senate Minority Leader Chuck Schumer over the weekend called for the full release of Mueller’s report and its underlying documents, arguing that “Attorney General Barr’s letter raises as many questions as it answers.” 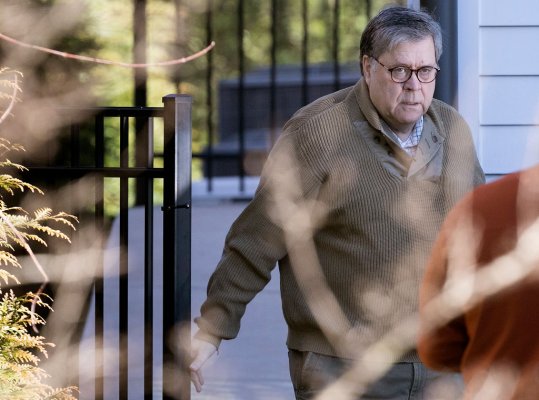 Read Barr's Summary of the Mueller Report
Next Up: Editor's Pick