Ebola Cases in Democratic Republic of Congo Have Surpassed 1,000

Health workers are seen inside an Ebola treatment centre in Butembo, Democratic Republic of Congo, on March 9, 2019.
John Wessels—AFP/Getty Images
By Hillary Leung

The number of Ebola cases in the Democratic Republic of Congo has surpassed 1,000 in the second-worst outbreak in history, with daily rates on the rise as response workers continue to face violence.

This past week saw 58 new cases, the highest number in a week in 2019, according to the International Rescue Committee (IRC).

The World Health Organization said 610 deaths have been reported since the outbreak was declared last August in the DRC’s northeastern provinces of North Kivu and Ituri.

“We are already almost seven months into this outbreak and at this stage we should be seeing the case rate declining, not on the rise,” said Tariq Riebl, IRC’s Emergency Response Director in the DRC.

“With mistrust and security issues, cases are likely to be going unreported and the true figure could be even higher,” he added.

Violence in the DRC has forced Ebola treatment facilities to shut, making response efforts difficult by contributing to the spread of the highly contagious virus. Medical charity Médecins Sans Frontières (MSF) suspended operations in the area on Feb. 28. The closure followed a spate of arson attacks on clinics, which killed at least one person and left the whereabouts of several patients who fled unknown.

U.S. government employees were also pulled out of the DRC last summer, and have not been a major part of the response effort since.

Last week, an Ebola death was confirmed in Bunia, a major city with a population of close to 1 million people in Ituri province.

The outbreak is the second worst in history after the 2014 West Africa epidemic, which killed more than 11,000 people, the IRC said in November 2018.

“With an optimistic outlook this outbreak is predicted to last another six months — but realistically we could be looking towards another year of fighting this disease,” Riebl said. 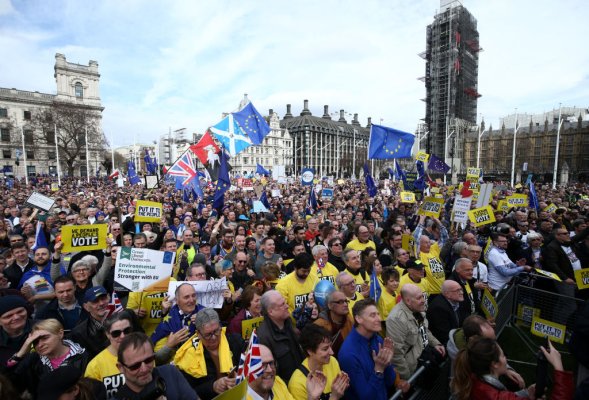 Over 4 Million People Sign a Petition to Stop Brexit
Next Up: Editor's Pick