For President Donald Trump and his supporters, the news that Special Counsel Robert Mueller had come to a close with no new indictments has been reason to celebrate the end of a trying 22 months. Mueller’s report, as summarized by Attorney General William Barr, did not say Trump had not acted to obstruct justice during the course of the probe, but the president and his Administration have nevertheless said that it amounts to a “total exoneration.”

But experts on the history of Mueller’s task tell TIME that, while his job was to focus solely on proving whether a law was broken, it can be risky for Congress and the American people not to hold politicians to a higher standard.

In scandals going all the way back to the era of Ulysses S. Grant and the very first special prosecutor — an office that has gone by a number of names over the years — they see moments when the end of an investigation has been used to excuse other problems in government. And as the nation faces the question of what comes after the Mueller report, they see American history as a strong argument for continued vigilance.

“There are plenty of cautionary tales strewn throughout the history of American special prosecutors,” says Andrew Coan, author of Prosecuting the President: How Special Prosecutors Hold Presidents Accountable and Protect the Rule of Law.

To Coan, perhaps the biggest such warning comes from the story of Grant and the very first special prosecutor.

That prosecutor was appointed in the 1870s to deal with a scandal known as the Whiskey Ring. Tax agents in St. Louis and elsewhere were allowing whiskey distilleries to under-report how much of the liquor they were making; the distillers got taxed less, and split the savings with the feds. After the Treasury figured out something was going on, and that it appeared the U.S. Attorney for St. Louis might be in on the scheme, it was recommended to President Grant that he appoint a special prosecutor to lead the investigation.

But when that prosecutor’s investigation got a little too close to the White House, Grant replaced him. The investigation continued with the president’s reluctant cooperation and, after Grant personally spoke up, one of the key suspect figures was acquitted.

That failure to convict isn’t where Coan sees a warning for today. More important, he says, is the fact that Grant paid no major political price for firing the first special prosecutor or for “scuttling” the work of the second.

Grant was operating in the Gilded Era world of the late 19th century, when much of American politics was organized under the so-called spoils system: after an election, the winner would empty out salaried federal appointments and fill them with people who had supported his campaign, “as a form of direct financial reward,” Coan says. Though the idea of political appointments may not seem all that shocking, the scale and blatant focus on money were such that federal office-holding wasn’t seen as public service but rather as a dirty world of get-rich-quick schemers.

“[Grant’s actions] went largely ignored by the American people because there was such widespread cynicism at the time about the inevitability of public corruption and the impossibility of holding high public officials to account,” Coan says. “The problem was amplified by the existence of a highly partisan news media, which enabled each of the major parties to have a direct line to its political base. That made it very difficult for the public to agree on trans-partisan or bipartisan standards for presidential conduct.”

Over the course of Mueller’s investigation, President Donald Trump repeatedly took aim at his credibility, although he switched course in the past week after the former FBI director said he could not establish that the Trump campaign conspired with Russia. In Grant’s case, once the investigation was over, the public didn’t seem to care much what the President had said or done to affect its course. In Trump’s case, it remains to be seen how and whether Congress and the public will follow up. But to Coan, any possible interference with an independent investigation is something Congress and the public should take very seriously, regardless of what’s in Mueller’s report.

“If we find ourselves at the place where the public just reacts with a shrug to the president’s attempts to undermine the rule of law,” he says, “then that is a very bad sign for the future of American institutions.”

Nor is Grant the only cautionary tale.

For Katy Harriger, a professor at Wake Forest University and author of The Special Prosecutor in American Politics, a key moment to remember came in the mid-1980s, when President Ronald Reagan nominated Edwin Meese as Attorney General. In early 1984, questions about what TIME called Meese’s “tangled finances” led to the appointment of an independent counsel to investigate the charges. Almost a year later, the prosecutor’s report came back with the finding that Meese had not broken laws but that he was, as TIME put it, “a sloppy and disorganized administrator who suffers from a bad memory.” The report did not comment on Meese’s ethics or judgment.

The pause on his nomination lifted, and confirmation hearings continued. Some in Washington attempted to argue that the material in the prosecutor’s report was enough to disqualify Meese; “the Attorney General of the United States is supposed to be a beacon, a citadel of what young lawyers should aspire to,” said Joe Biden, then a senator. “This office requires a higher standard.”

Nevertheless, Meese ended up confirmed as Attorney General in 1985. Harriger says the report’s finding that there was no evidence Meese had committed a crime became a key point for his defenders, and helped see his nomination through, despite the arguments of those like Biden. “The whole question of whether someone who’s the chief law enforcement officer in the country should meet a higher standard was completely lost,” she says. “The standard was, ‘Well, he’s not a criminal’ — which I think is a pretty low standard for Attorney General.”

Whereas the Grant example is about how the public feels about the sanctity of an independent investigation, the Meese example is about the standards to which public officials are held. Despite their differences, both cases center the question of public and legislative will to keep the story going after a special counsel’s report comes in.

History suggests that if Americans are worn out by 22 months of the Mueller investigation and want to move on, they may essentially call it a day. That situation could be very different from one in which public curiosity and interest are sustained in the coming months. With focus groups suggesting a high level of public cynicism, but also a strong desire to see the powerful held to account, it remains to be seen what happens next.

And history does provide at least one counterexample to the blasé reaction that has greeted some investigations: the Saturday Night Massacre. Coan says there’s hope to be drawn from the fact that Richard Nixon’s infamous 1973 attempt — and eventual success — at firing Watergate special prosecutor Archibald Cox neither ended the investigation nor went unnoticed. Nixon repeated what Grant had done about a century earlier, but at that point the American people weren’t feeling ready to move on.

For Coan, no matter the result for Trump, history suggests that the best thing for the country is to keep shining a spotlight on not just the contents of the Mueller report but the entire atmosphere around it.

“The big-picture danger of these reports is that everybody’s so focused on crime [or] not crime that they miss the forest for the trees,” Harriger echoes. “And there’s a pretty big forest out there that’s already been revealed.” 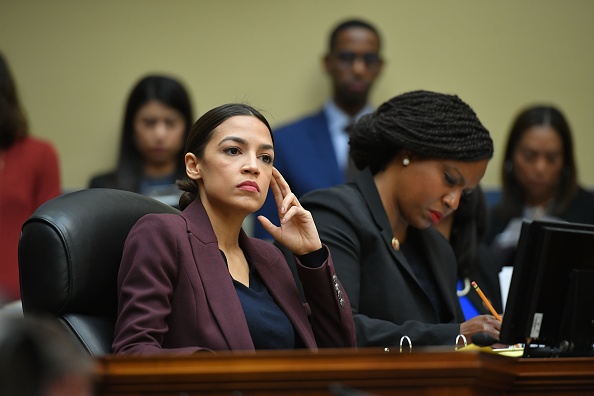