Trump Again Bucked His Own Government's Actions on North Korea

President Donald Trump scrapped new financial sanctions against the North Korean government Friday, just one day after his own Treasury Department announced them.

“It was announced today by the U.S. Treasury that additional large scale Sanctions would be added to those already existing Sanctions on North Korea. I have today ordered the withdrawal of those additional Sanctions!” Trump tweeted shortly after arriving at his club in Palm Beach, Florida.

The Treasury Department had slapped sanctions against two China-based shipping companies that were alleged to aid North Korea in circumventing U.S. and international sanctions. The measures were part of a larger international effort to squeeze Pyongyang’s economy and urge North Korean leader Kim Jong-un to unwind his nuclear weapon and missile program.

“The United States and our like-minded partners remain committed to achieving the final, fully verified denuclearization of North Korea and believe that the full implementation of North Korea-related UN Security Council resolutions is crucial to a successful outcome,” Treasury Secretary Steve Mnuchin said in a statement. “Treasury will continue to enforce our sanctions, and we are making it explicitly clear that shipping companies employing deceptive tactics to mask illicit trade with North Korea expose themselves to great risk.”

Trump’s own National Security Advisor John Bolton had praised the designations Thursday as “important actions,” adding that American adversaries should “take notice” if they are doing business with Pyongyang.

The President’s decision comes as intelligence officials are increasingly frustrated to see Trump ignore warnings from the intelligence community that Kim is showing no signs of relenting to international pressure.

TIME exclusively reported Wednesday that Trump had sidelined his own lead negotiator, Stephen Biegun, and had brushed aside and intelligence assessment that North Korea would not give up its nuclear program. Trump believes his own personal relationship with Kim would convince the North Korean dictator to abandon his country’s decades-old effort to be able to hit the U.S. mainland with a nuclear strike.

“President Trump likes Chairman Kim and he doesn’t think these sanctions will be necessary,” said White House Press Secretary Sarah Sanders in a statement Friday when asked about the White House’s reversal on the North Korean sanctions.

Trump’s move reveals a split in the administration following the failed Hanoi summit with Kim in February. According to officials familiar with the policy deliberations, Bolton has favored increasing the economic pressure on Kim to abandon his country’s nuclear weapons program in exchange for a gradual elimination of the sanctions on his poverty-stricken nation. Trump, however, wants to keep the door open to resuming negotiations because he continues to believe that he and Kim have a friendly relationship that in time can lead to an agreement, the officials said.

“Bolton favors the stick, but the President still thinks the economic carrot will being Kim around,” one of the officials said, speaking on the condition of anonymity to describe internal discussions.

The same officials said China’s position on the issue remains unclear, which might explain why, they said, the state-controlled Chinese media have been barred from writing about it. “The Chinese are the North’s closest ally, but we don’t know where they stand on a deal, which may be because they haven’t decided themselves,” another official said Friday.

With reporting from John Walcott in Washington 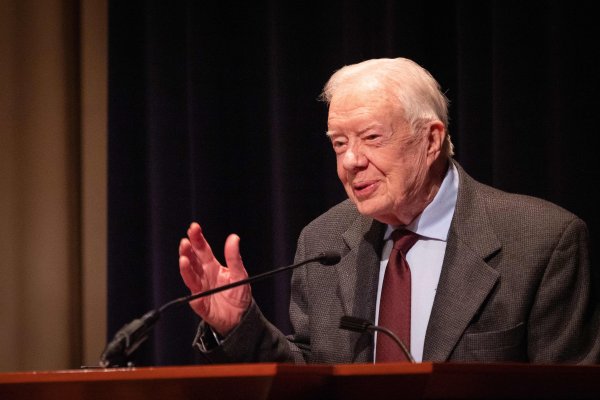