Behind the Photo: How John Lennon and Yoko Ono Came Up With the Idea of Their Bed-In for Peace

Newly-weds John Lennon of The Beatles and artist Yoko Ono kick-off a bed-in for peace on Mar. 25, 1969, in their suite at the Hilton Amsterdam in The Netherlands.
Keystone/Hulton Archive—Getty Images
By Olivia B. Waxman

A honeymoon is usually a vacation taken by a couple after marrying, a time to do something fun just the two of them. But after John Lennon of The Beatles and the Japanese artist Yoko Ono wed in Gibraltar on March 20, 1969, they did something different, using their honeymoon to raise awareness of an issue much bigger than themselves: world peace.

Both performance artists, they knew that bold change requires bold action. And given how famous they were, they didn’t have to do much to make headlines. And so, at a hotel in Amsterdam, they sat in bed for a week, from March 25 to March 31, and invited the press to ask them questions between 9:00 a.m. and 9:00 p.m. each day.

“We sent out a card: ‘Come to John and Yoko’s honeymoon: a bed-in, Amsterdam Hotel,'” Lennon was quoted recalling in The Beatles Anthology. Surrounded by flowers, they took to their bed in their hotel suite in Amsterdam. He says the media thought they were going to “make love in public,” based on the fact that the art for their 1968 album Two Virgins featured the couple naked, but in fact they wore pajamas.

“We knew whatever we did was going to be in the papers. We decided to utilize the space we would occupy anyway, by getting married, with a commercial for peace,” Lennon said. “We would sell our product, which we call ‘peace.’ And to sell a product you need a gimmick, and the gimmick we thought was ‘bed.’ And we thought ‘bed’ because bed was the easiest way of doing it, because we’re lazy.”

Though he described the event in a joking manner, he made clear they had a serious point to make. Richard Nixon had just been inaugurated President of the United States after vowing to end the Vietnam War, and a new round of peace negotiations had started in Paris between representatives of the U.S., South Vietnam, North Vietnam, and the National Liberation Front, the guerrilla group backed by North Vietnam more commonly known as the Viet Cong. Lennon would recall that he thought the bed-in could pressure the politicos involved in those discussions: “In Paris, the Vietnam peace talks have got about as far as sorting out the shape of the table they are going to sit round. Those talks have been going on for months. In one week in bed, we achieved a lot more.”

While it may not have affected the timeline of peace talks — the war wouldn’t end until 1975 — one of the most famous anti-war songs of the era came out of the demonstrations. Lennon was inspired to write “Give Peace a Chance” during another week-long bed-in in Montreal at the Fairmont Queen Elizabeth hotel at the end of May 1969. It would become a rallying cry for the wave of new protests marches that fall.

Years later, Ono would admit that they learned that change is gradual, and even a stunt like the bed-in can’t fix the world in a week.

For a MoMA retrospective on her career, she recalled, “John and I thought after Bed-In, ‘The war is going to end.’ How naïve we were, you know? But the thing is, things take time. I think it’s going to happen. I mean, that I think we’re going to have a peaceful world. But it’s just taking a little bit more time than we thought then.” 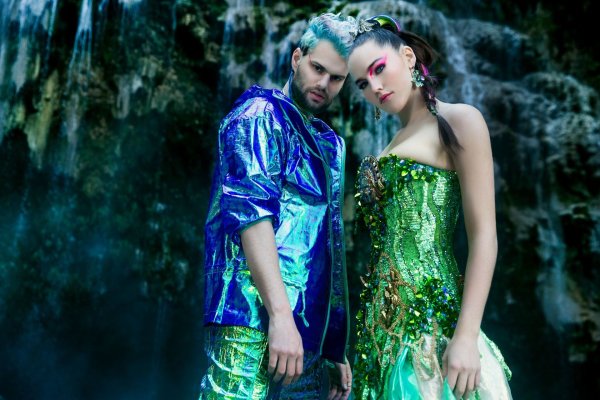