Ideas
By John Legend and Michael Gianaris
Legend is a singer, songwriter, producer, activist and the founder of FREEAMERICA.
Gianaris serves as Deputy Majority Leader representing Queens in the New York State Senate and is the author of the Bail Elimination Act.

We all want to feel safe. People look to the criminal justice system to provide that feeling, but for many Americans, the system only offers an illusion of safety. For marginalized communities who wake up each day with the fear of being targeted by police or having their constitutional rights violated by imprisonment without due process, the system is, in fact, a threat to their safety.

The time has come for us to create a justice system that upholds safety for all communities. That starts with overhauling New York’s bail law in order to end mass incarceration — as must be done across the nation. While there are a number of competing proposals being debated by the Governor and State legislature, the bail reform bill that ultimately passes must meet the principles that advocates outlined in their letter to the Governor.

New York’s pretrial system, as it currently functions, represents a great threat to communities across New York State. Every day, about 14,000 unconvicted people sit in jails across the state awaiting trial, many simply because they cannot afford their bail. If they could, they would be released to the community to fight their case from home — with better access to legal representation, supports and services. This harms legally innocent people who are forced into jail cells and cannot pay to leave them like others do; it also harms their families and the broader public. Research shows that when people are held in jail while awaiting trial, they are more likely to become unemployed or re-involved in the criminal justice system in the future. New York’s money bail law is therefore fundamentally unjust. People who lack the funds to afford bail should not have their freedom taken from them and their futures compromised, while rich people can walk free. People should not be coerced into taking plea deals because not doing so means they could sit needless days and months in a cell, separated from their family and missing work.

Bail reform presents an opportunity to not only have conversations about who we jail and why, but also to discuss what real and inclusive safety looks like. Safety must extend to everyone in our society, not just people of means. Individual decisions made by police and prosecutors can’t be the sole basis of incarceration or the restriction of a person’s freedom, because that kind of unchecked power threatens public safety.

Some have expressed concerns that bail reform that increases the number of people released before trial will lead to higher crime rates. But when two researchers from the University of Pennsylvania and George Mason University studied Philadelphia’s no-bail policy, they found that crime rates and the rates of defendants failing to appear in court did not change after the policy was implemented.

Others are debating which misdemeanor and low-level felony charges should be eligible for jail. That debate must include discussion of the common prosecutorial practice of “overcharging” — wherein additional or higher charges that don’t reflect the realities of the case are added in order to give prosecutors the upper hand when plea bargaining. Prosecutors often charge people with serious felonies only to dismiss those charges later or ultimately convict people of much lesser misdemeanors and violations. In 2017, only about 20% of felony charges in New York State ended in felony convictions. About 80% of cases were dismissed, acquitted or resulted in a misdemeanor. This means that a majority of people were overcharged, upcharged and wrongfully charged.

The debate must also account for the fact that many charges categorized as “violent felonies” include no actual acts of violence. The most notable example of this is in the case of Kalief Browder, a teenager who saw his “violent” felony charges dismissed in 2013, after spending three years imprisoned on Rikers Island for allegedly stealing a backpack, and with no allegations of violence. Kalief took his own life a little over two years later, due to the trauma he was forced to endure. Passing a bold bail bill can prevent future tragedies by returning individuals like Kalief where they belong: home.

Whether bail reform passes as a stand-alone bill or through the Governor’s budget process, it must be the right kind of reform. We can’t afford to replace the discriminatory money bail system with a new system for filling New York’s jails and criminalizing communities of color. Real bail reform will reject discriminatory risk assessments, mass community surveillance and broad preventative detention.

False arguments intended to stoke fear are not a justification for mass jailing. While we cannot rectify the decades of harm and injustice that the system has caused, we can pass laws that protect the rights and liberty of generations to come. New York has the opportunity to help lead the nation by passing a bail bill that lives up to the promise of innocent until proven guilty, and keeps all people — regardless of race or economic status — safe. 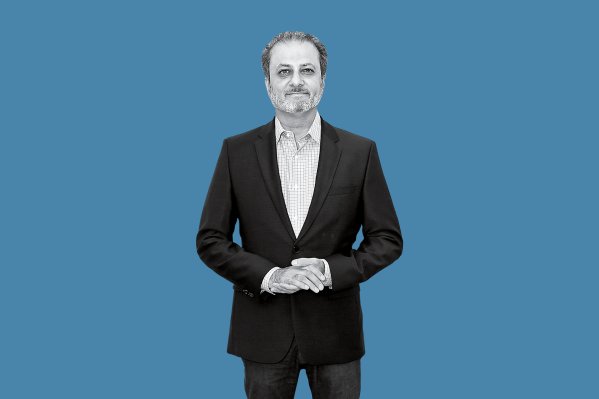 Preet Bharara on What Should Worry Donald Trump Even More Than the Mueller Report
Next Up: Editor's Pick