Emilia Clarke shared that she survived two life-threatening brain aneurysms during the early days of Game of Thrones for the first time Thursday. Now her co-star Lena Headey is showing her heartfelt appreciation for the actor’s strength.

“It took me a while to know this woman (there are 64,000 of us after all.) Not until she spoke to me about her experience did I fully realize the warrior she truly is (MOD [mother of dragons] for real x209840000) she does really great things for causes that deserve it. She’s kind and determined and funny and aware,” Headey wrote with all the muscle-flexing emojis on Friday.

Even though Headey and Clarke play rivals on Game of Thrones, Headey’s Instagram post – which received more than 224,000 likes – showed they only support each other offscreen.

In a powerful personal essay penned for the New Yorker, Clarke wrote, “I’d had an aneurysm, an arterial rupture.”

The image of Daenerys Targaryen walking through fire has become a popular meme for people when they need a jolt of confidence. But Clarke’s New Yorker essay was the first fans learned of what the actress overcame while she was starring in the HBO epic.

“I immediately felt as though an elastic band were squeezing my brain. I tried to ignore the pain and push through it, but I just couldn’t. I told my trainer I had to take a break,” she wrote. “Somehow, almost crawling, I made it to the locker room. I reached the toilet, sank to my knees, and proceeded to be violently, voluminously ill. Meanwhile, the pain—shooting, stabbing, constricting pain—was getting worse. At some level, I knew what was happening: my brain was damaged.”

Weeks after her surgery for a subarachnoid hemorrhage, otherwise known as bleeding on the surface the brain as the U.K.’s National Health Service (NHS) puts it, the battle wasn’t over. She learned she was suffering from aphasia, a severe condition that can impair how the person processes language. In Clarke’s case, she said she couldn’t recall her own name.

Clarke has fully recovered in the ensuing years.

You read more can about the lengthy healing process that stretched to season 3 of Game of Thrones in her New Yorker essay. 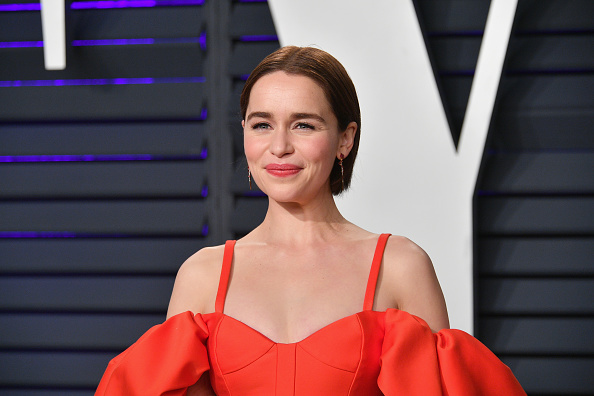