Nintendo is making its first big push into modern virtual reality with Thursday’s announcement of the Nintendo Labo: VR Kit, a set of build-your-own cardboard controllers that enable new VR games and other experiences on the Nintendo Switch console.

Among the controller offerings are a NERF-style blaster (for an alien-shooting game), a duck (for a flying game), and an elephant (for an art and drawing game — it makes way more sense once you use it, trust me). Each of those cardboard controllers have slots for the Switch’s Joy-Con controllers, as well as the Switch unit itself (for the screen) and a VR viewer. There’s also a set of tools that players can use to design their own simple VR games, which promise to be a hit with kids interested in learning more about game creation and programming.

Putting all that aside for a moment: Nintendo Labo: VR Kit also gives Nintendo the perfect opportunity to reboot Pokémon Snap, the best game in the Pokémon franchise (this writer will entertain no opinions to the contrary).

For those unfamiliar: Whereas most Pokémon games involve capturing tiny magical creatures and sending them into battle, Pokémon Snap was a photo safari game released for the Nintendo 64 20 years ago this very week. You’d be strapped into a bizarre sort of railcar, then sent through various parts of a mysterious island with the goal of taking photographs of Pokémon, not capturing them. You could even throw apples at Pokémon to coax them into better photo positions, or to activate bonus courses or secret Pokémon appearances. And because this was the 90s we’re talking about, you could take your memory card to some Blockbuster Video locations to get your shots printed out photobooth-style. (I was a little bummed out there was nary a Pokémon Snap machine in Captain Marvel’s Blockbuster scene.) It was weird, wonderful and very Nintendo.

And you know what else the Nintendo Labo: VR Kit has? A camera controller. During a demo earlier this week, I used that camera for an underwater photo safari game, snapping pictures of digital fish and sharks. It was certainly fun, but it was no Pokémon Snap. Thankfully, Nintendo now has the perfect excuse for rebooting that game for a new generation of Pokémon fans. Let’s get on it, Nintendo. 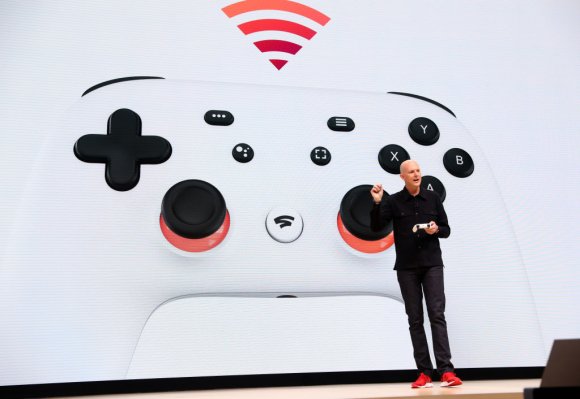 Stadia, Google's Big Push Into Video Games, Could Change Everything About How We Play
Next Up: Editor's Pick