Excellent! A Third Bill and Ted Movie Has Been Confirmed

In a promotional video shot at the Hollywood Bowl, Reeves and Winter said Bill & Ted Face the Music will hopefully start shooting this year.

According to the Guardian, Orion Pictures has released a summary of the plot. “Yet to fulfill their rock ’n’ roll destiny, the now middle-aged best friends set out on a new adventure, when a visitor from the future warns them that only their song can save life as we know it and bring harmony to the universe. Along the way, they will be helped by their families, old friends and a few music legends,” the synopsis said.

Reeves and Winter first starred as airhead teenagers Theodore “Ted” Logan and William “Bill” S. Presion Esq. in the 1989 cult classic Bill and Ted’s Excellent Adventure. Finding themselves failing a history class, Ted’s dad threatens to send him to military school, which would break up Bill and Ted’s band, the Wyld Stallyns. The teenagers time travel in an attempt to meet historical figures who can help get them pass their history class, so they can stick together for the sake of rock and roll.

The original film was followed by the release of Bill and Ted’s Bogus Journey in 1991 in which Bill and Ted battled robot versions of themselves. 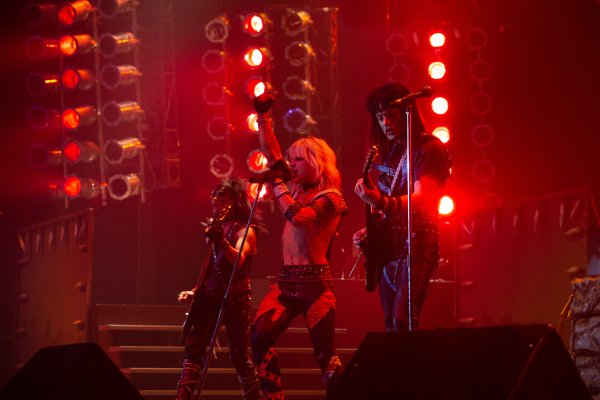 Of Course Netflix's Mötley Crüe Biopic Is Silly and Sexist. What's Worse Is How It Tries to Get Serious
Next Up: Editor's Pick