Devin Nunes Is Suing for Defamation. But in 2010, He Said You Should Be Allowed to 'Smear' Politicians

Rep. Devin Nunes is suing multiple Twitter accounts, and the social media platform itself, for defamation. But in 2010, the California Republican said that everyone has the right to “smear” politicians they disagree with.

“I think there’s people that have every right to say what they want,” he said on C-SPAN, in response to racist comments against Rep. John Lewis and Rep. Andre Carson made by protesters ahead of Congress’ vote on the Affordable Care Act. “If they want to smear someone, they can do it.”

Nunes then said that of the thousands protesters at the Capitol that March, not all of them could be characterized as having used racial slurs. C-SPAN host Steve Scully clarified for Nunes that those were just “some of the stories” from the protests, rather than a generalization of them all.

“I think that the left loves to play up a couple incidents here or there,” Nunes responded.

Nunes is seeking $250 million in his defamation lawsuit which claims accounts called “Devin Nunes’ mom,” “Devin Nunes’ cow” and a political strategist named Liz Mair collectively worked to shame him online, backed by the support of Twitter, since the company did not stop them from tweeting.

The complaint says that during Nunes’ campaign for re-election in the 2018 midterms, “Mair conspired with (and presumably was paid by) one or more as-yet unknown ‘clients’ to attack and smear Nunes.”

“As part of her smear campaign on behalf of clients, Mair was out to ‘stick it’ to Nunes in 2018,” the complaint claims.

Watch the full video from 2010 below. 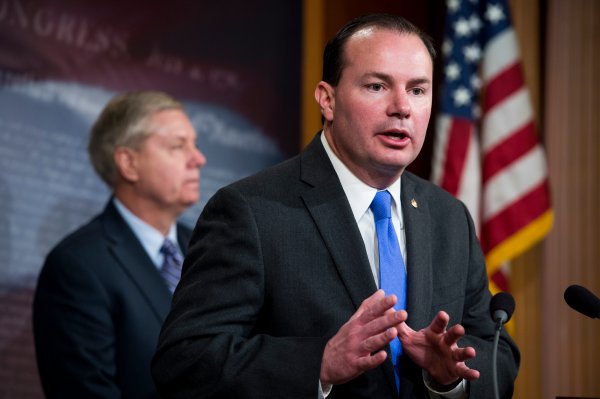 How a Republican Sen. Tried to Stop Trump's Wall Defeat
Next Up: Editor's Pick