A New Male Birth Control Pill is Being Tested. Here's What to Know

A second male birth control pill succeeded in preliminary testing, suggesting that a new form of contraception may eventually exist.

The new pill, which works similarly to female contraception, passed initial safety tests and produced hormone responses consistent with effective birth control in 30 men, according to research presented by the Los Angeles Biomedical Research Institute and the University of Washington at the Endocrine Society’s annual meeting. (The study has not yet been published in a peer-reviewed journal.) It’s early days for the drug — which has not yet been submitted for approval by the Food and Drug Administration (FDA) — but co-principal investigator Dr. Christina Wang, lead researcher at LA BioMed, says it’s an important step toward effective, reversible male hormonal contraception.

“In females you have many, many methods. You have the pill, you have the patch, you have the vaginal ring, you have intrauterine devices, injections,” Wang says. “In men there is nothing that is like hormonal contraception. The standard is not equal for the genders.”

There have, however, been some promising advances in male birth control recently. Researchers from LA BioMed and the University of Washington previously developed a separate male birth control pill that is a “sister compound” to the new option; it, too, has passed preliminary safety and efficacy tests. There’s also some evidence that similar compounds could act as long-lasting male birth control when injected, Wang says. A topical contraceptive gel, which men would apply daily to their shoulders and arms, is even further along in studies.

But even the most advanced of these options is about a decade away from being commercially available, says Wang. Currently, the only forms of male birth control are condoms, which fail often and are sometimes used incorrectly, and vasectomies, which are permanent. As a result, the burden of birth control falls primarily on women — which makes any step toward male options noteworthy.

In the new study, 30 healthy men ranging in age from 18 to 50 took a pill formulated with a mix of testosterone and progestin (a synthetic version of the female hormone progesterone) for 28 consecutive days. Another 10 men took a placebo. Researchers monitored their overall health and took blood samples at the beginning and end of the trial to measure hormone levels. People also took questionnaires to assess their mood and sexual function.

Unlike a 2016 male birth control trial that famously stopped enrolling volunteers early because so many men complained of side effects, none of the men experienced serious problems, and no one stopped taking the drug because of side effects. But some did report minor symptoms such as fatigue, headaches, acne and decreased libido — none of which will surprise women who take birth control pills. Two men experienced minor erectile dysfunction.

The study was preliminary; it assessed only safety and hormone responses in men, rather than asking couples to test the pill as birth control. But initial blood hormone tests suggested that the pill could suppress both sperm and testosterone production enough to prevent pregnancy, Wang says.

And, crucially, the testosterone delivered by the pill seemed to replenish enough of the men’s supplies to prevent side effects, while keeping fertility suppressed. “It’s one pill with two hormonal actions,” Wang says. “Although the body’s production of testosterone is lower…the compound will support sex function, retain muscle mass, and all the good things that the male hormone does for the body.”

The results are promising, but Wang emphasizes that much more research is needed. Wang and her team will first need to conduct similar but longer-term studies in men, then eventually recruit thousands of couples willing to test the drug for a few years to ensure it is safe and effective, she says.

“Contraception is for healthy, younger couples,” Wang says. “We have to make sure, 100% sure, that it’s not going to harm the person.”

But the long road ahead is worth it, Wang says — not only because of the promise male contraception could hold for couples, but also because of what it could do for men’s health overall.

“Men don’t come and see the doctor until very late. Traditionally, they are not as compliant as females,” Wang says. “If you bring the guys in maybe once a year to check on the contraception, you check blood pressure and so on, and it makes men more aware of their own health.” 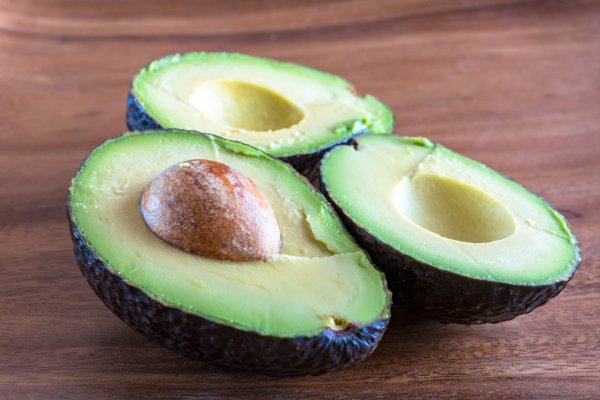 Avocados Recalled in 6 States Over Listeria Fear
Next Up: Editor's Pick