Lady Bird writer and director Greta Gerwig and her partner, filmmaker Noah Baumbach, have welcomed their first child together.

The couple, who have been noted for valuing their privacy when it comes to their relationship, seemingly took the same low-key approach when it came to Gerwig’s pregnancy and the birth, not speaking publicly about either.

Gerwig’s representative confirmed that the couple had welcomed a baby together to Page Six on Wednesday, after the pair were photographed in New York City pushing a stroller.

“We can confirm that Greta Gerwig and Noah Baumbach have welcomed their first child together,” the rep stated. They did not confirm the sex or birth date of the child.

This is Gerwig’s first child; Baumbach has a son, Rohmer, from his former marriage to actress Jennifer Jason Leigh. According to a 2013 New Yorker profile, Gerwig and Baumbach first met when Baumbach cast Gerwig for his 2010 movie, Greenberg. 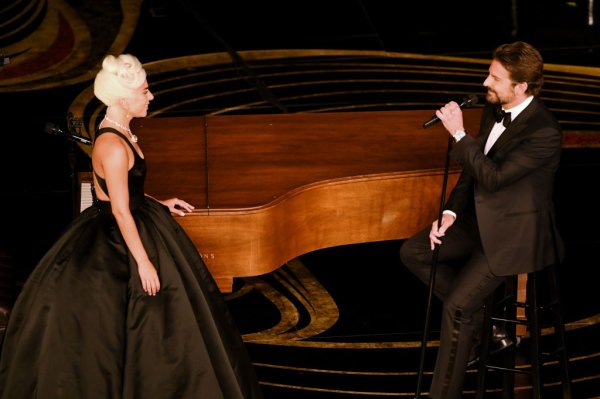 This Bad Lip Reading of "Shallow" Is a Lyrical Smorgasborg
Next Up: Editor's Pick