She Owed $227,000 in Medical Bills—Even With Insurance. Here's What it Took to Pay Them

Debbie and Larry Moehnke of Washougal, Wash., faced bills of nearly $227,000, even after insurance, when she suffered a heart attack and spent a month at Portland’s Oregon Health & Science University hospital last summer.
Michael Hanson for KHN
By JoNel Aleccia / Kaiser Health News

The first surprise was the massive heart attack, which struck as Debbie Moehnke waited in a Vancouver, Wash., medical clinic last summer.

“She had an appointment because her feet were swollen real bad,” said Larry Moehnke, her husband. “But she got in there and it was like, ‘I can’t breathe, I can’t breathe!’”

Her life suddenly at risk, the 59-year-old was rushed by ambulance, first to a local hospital, where she was stabilized, and then, the next day, to Oregon Health & Science University across the river in Portland for urgent cardiac care.

That meant heart bypass surgery, replacement of one valve and repair of another. Just as she recovered from that, Debbie Moehnke developed a raging infection that required powerful IV antibiotics to treat. She spent a month in the hospital, some of it in intensive care, before she was discharged home.

That’s when she got the next surprise: Bills totaling more than $454,000 for the medical miracle that saved her life. Of that stunning amount, officials said, she owed nearly $227,000 after her health insurance paid its part.

“I wish I would have known. I would have said ‘no’ to life support,” said Debbie Moehnke, a former cocktail waitress who suffers from signs of early-onset dementia. “We’ll lose everything.”

Large “surprise bills” like the Moehnkes received have become a national epidemic outraging patients and politicians alike. Solutions have been elusive to date, even in a progressive state like Washington.

Lawmakers in Olympia this year are trying for the fourth time to pass legislation banning the practice that leaves consumers with huge out-of-pocket costs.

“Everybody agrees we’ve got to get the consumer out of being stuck in between,” said Mike Kreidler, the state insurance commissioner who has repeatedly backed the proposals.

While the protection would be beneficial to patients, there has been formidable and effective pushback from insurers, hospitals and doctors.

The central issue is money. Such surprise bills, or “balance bills,” typically occur when a patient’s insurer and a hospital or doctor not in its network don’t agree on what treatment is worth. The insurer — LifeWise Health Plan of Washington, in this case — pays what it judges to be fair. Providers then bill patients for the balance, which can easily tally tens if not hundreds of thousands of dollars.

As of December, 25 states had laws providing protection against balance bills, according to the Commonwealth Fund. Those laws take consumers out of the middle in billing disputes and force providers and insurers to negotiate directly for payment.

When an insurer and a provider disagree about how much a service is worth, who decides the legitimate charge? The proposed bills in Washington state use a “commercially reasonable” rate as the standard. But what does that mean in a country where medical prices are so variable?

“We need to make sure that any law that is enacted doesn’t tilt the scale toward one side or another,” said Chelene Whiteaker, senior vice president of government affairs for the Washington State Hospital Association.

The Washington state legislation borrows from a 2015 New York law that sends insurers and providers to baseball-style binding arbitration if they can’t come to an agreement about costs. Both parties remain cautious.

“I hope they will give up the idea that this is a chance to stick it to doctors,” said Dr. Nathan Schlicher of the Washington State Medical Association.

Leonard Sorrin, vice president of congressional and legislative affairs for Premera Blue Cross, which operates LifeWise, said in a statement that his organization is working for legislation that prevents balance billing, but also “maintains a contracting balance that allows health plans to build networks for members and pays the provider a fair rate.”

Charges for Debbie Moehnke’s emergency care totaled more than $454,000. Her health insurance plan agreed to pay about half the costs, leaving the couple responsible for the rest. With help from a patient advocate, the bill was eventually erased.
Michael Hanson for KHN

While patients can generally avoid balance billing by staying in-network, a life-or-death emergency such as Debbie Moehnke’s can make that impossible. Also, many in-network hospitals often use out-of-network doctors, leaving patients vulnerable to surprise charges.

So much money is at stake that, even when they exist, laws are filled with loopholes and offer only patchwork protection. For example, hospitals are not prohibited from sending balance bills; patients have to know they’re protected by law and go to considerable effort to contest them.

And about 60% of employer-based plans are governed by federal rather than state law. There is currently no federal prohibition against balance billing, although a bipartisan bill to end the practice was proposed last year.

Oregon, where Debbie Moehnke was treated, does have a law banning surprise bills, which took effect last year. But it applies only to out-of-network charges sent to a patient who received care at an in-network provider. And it covers only insurers regulated in the state, which excludes the Moehnkes’ plan, according to state insurance officials.

The proposed Washington legislation would ban balance billing for most of the state’s nearly 6 million insured consumers under age 65. But it could skip about 2 million people who get coverage through employers with self-funded plans. Those plans are regulated by a federal law, called ERISA, shorthand for the Employee Retirement Income Security Act of 1974, which doesn’t prohibit balance billing.

Self-insured employers would be allowed, but not required, to participate in provisions of the new law, if approved.

So far, however, change has come too slowly for families like the Moehnkes, who found themselves facing crushing bills, despite buying a well-subsidized plan on the state’s insurance exchange. In Debbie Moehnke’s case, the full bill from OHSU and affiliated providers was $454,550.54. Her insurance paid $227,959.19.

“What do you think you’re going to do, squeeze blood out of a turnip?” said Larry Moehnke, 70, a big-rig truck driver.

Married 32 years, the Moehnkes and their two dogs, Coco and Belle, live in a 47-year-old mobile home in rural southwestern Washington. Larry Moehnke hasn’t been able to work since health problems of his own developed after his wife’s heart attack. They’re getting by on his Social Security income of $1,884 a month.

LifeWise spokesman Bo Jungmayer said the insurer paid for her emergency care to the extent required under the Affordable Care Act.

Debbie Moehnke was hospitalized at OHSU from Aug. 14 to Sept. 12, 2018. She was initially admitted for her emergency heart treatment. While there, she developed an unidentified infection that required two additional weeks of care.

Only later did the couple learn that she could have been transferred to an in-network hospital, potentially saving tens of thousands of dollars.

“They never said anything about not being ‘in network’ or anything,” Larry Moehnke said.

Debra Tomsen, OHSU’s director of hospital billing and coding, said LifeWise officials should have notified the Moehnkes after receiving bills for nearly $250,000 halfway through her stay.

“Insurance should tell them they’re incurring out-of-pocket costs,” she said.

Jungmayer, of LifeWise, said it was up to OHSU to let Debbie Moehnke know about the high bills — and about the option to transfer to another hospital.

“Typically we allow that conversation between the provider and the patient while they’re there,” he said. “I don’t know why OHSU didn’t ask them.”

Early this month, after repeated inquiries about Debbie Moehnke’s care — first from a reporter, then from a patient advocate alerted by the Washington state insurance commission — the couple’s outstanding bills were resolved.

With the help of Jared Walker, who runs Dollar for Portland, a nonprofit group, the couple applied for a medical charity care waiver, in itself a complicated process. OHSU officials granted the waiver, erasing the sky-high debt.

“Their balance is now zero,” OHSU spokeswoman Tamara Hargens-Bradley confirmed in an email.

The Moehnkes are relieved, but they said they resent that they endured the stress of mounting bills and collection calls for six months when there was a solution available.

“Nobody ever said anything about charity care,” said Larry Moehnke.

That’s not how the process should work, said Kreidler.

“It shouldn’t be one where the squeaky wheel gets help,” he said. “There should be fairness and equality in the system. You shouldn’t have to file a complaint. This should be ingrained into the system so that when you have a problem and you’re due relief, you get it.” 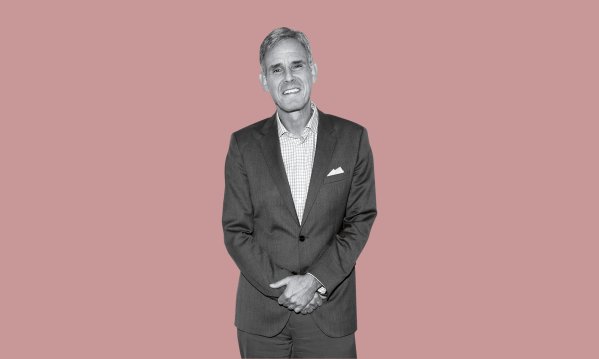 Cardiologist Eric Topol on How AI Can Bring Humanity Back to Medicine
Next Up: Editor's Pick