Where We Go Wrong in Comparing White Supremacy With ISIS

H.A. Hellyer is a senior associate fellow at the Royal United Services Institute in London and the Atlantic Council in Washington, and the author of “Muslims of Europe: the ‘Other’ Europeans.” Follow him on Twitter @hahellyer

Throughout my career as an academic and author in international relations, I have been instinctively averse to discuss my personal identity in my analysis. Today is an exception, because it’s an unusual time to be both a white Englishman, whose family’s roots in England stretch back for more generations than I can count, and to be an Arab of Egyptian, Sudanese and Moroccan extraction on the other. And at a time when white supremacists and ISIS-style extremists pose incredible threats to us in the West, it often seems that we don’t compare these two, very different, phenomena correctly.

As part of my work, I pore over extremist literature — by ISIS and sympathizers, but also by white supremacists and populist nationalists. Our societies have become particularly sensitive to the notion that the rhetoric of non-violent extremists in the far-right end of the Islamist universe can be weaponized. It doesn’t mean they will always lead to militant groups like ISIS, but the transition becomes less difficult.

In the aftermath of the July 7 2005 bombings in London, I became the deputy head of a working group convened by the British government to address how to tackle radicalization. One conclusion we reached was that there was, indeed, an extremist ideology—now perhaps best described as ISIS-style extremism—that takes its inspiration from a heterodox interpretation of religion. Thankfully, it is one that affects only a tiny minority of Muslims worldwide, and an even more minute proportion in the West. Nevertheless, we rightly are concerned about – quite vividly.

But when it comes to white supremacy, experts at the Soufan Center, founded by a former FBI special agent, describe a “long-running U.S. double standard with concerns over crime and terrorism that are inspired by the narrative of Bin Ladenism versus crime and terrorism inspired by right-wing ideology.” Just months ago, the former head of the London Metropolitan police’s counterterrorism unit said the U.K. had not “woken up” to the threat that the far-right represents. We are continually giving succour to white supremacist rhetoric, let alone sufficiently challenging it.

Following the March 15 attacks in Christchurch, a reporter asked Donald Trump if he saw white nationalism as a rising threat around the world. He responded: “I don’t really. I think it’s a small group of people that have very, very serious problems.”

It’s a stark denial. It’s one that brings to mind the warning that the U.K.’s top anti-terror policeman in the UK issued this week: “The reality is that every terrorist we have dealt with has sought inspiration from the propaganda of others, and when they can’t find it on Facebook, YouTube, Telegram or Twitter they only have to turn on the TV, read the paper or go to one of a myriad of mainstream media websites struggling to compete with those platforms.” This problem is much larger than many of us want to admit.

And ironically, it may well be white supremacy that is the larger problem for us in the West. Last week, New Zealand suffered its own version of London’s July 7 bombings, or even—given New Zealand’s tiny population size—an attack closer to 9/11 in the United States. But for all its repugnant evil, ISIS-style extremism cannot hope to destroy the integrity of Western societies.

After all, ISIS style-extremism appeals to a tiny minority of a tiny minority within Western societies. Even where it has proportionately more appeal, within Muslim majority communities, the attraction is minuscule. Moreover, there is no country in the world where we can imagine that an ISIS-style entity could conceivably emerge again, given that its neighbours and the world would immediately gather to crush it.

Compare this to how we examine sectarianism in the Arab world. Sectarianism against Muslims of different sects, and non-Muslim faith communities like Christians or Yazidis, has claimed the lives of many. We regularly — and correctly — identify that sectarian discourse inhabits certain parts of the far-right portions of the Islamist universe, and thus the impact it has.

But when it comes to white supremacy, are we so clear and direct about the threat? Or do we minimize it?

Take, for example, how, the Daily Mirror in the U.K. described the Christchurch suspect as an “angelic boy” who then grew into a terrorist. Or how the Daily Mail in Australia described him as a “bullied school boy” who then became a mass murderer—saying he was ‘badly picked on as a child because he was chubby.” Would any reputable media outlet ever refer to an ISIS supporter who massacred a group of Christians at worship in a church in this manner?

As an Arab, I recognise the threat of ISIS-style extremism: it has been Arabs of all faith groups, and Muslims more generally, who are the main victims of that kind of extremism.

But ISIS-style extremists cannot hope to overturn the West as we know it, regardless of how much they may wish to. As an Englishman, I see far more of an existential threat posed by the rise of white supremacy to the fundamental integrity of my country and the West. After the atrocity visited upon New Zealand, we must recognise that threat — and fight it accordingly. 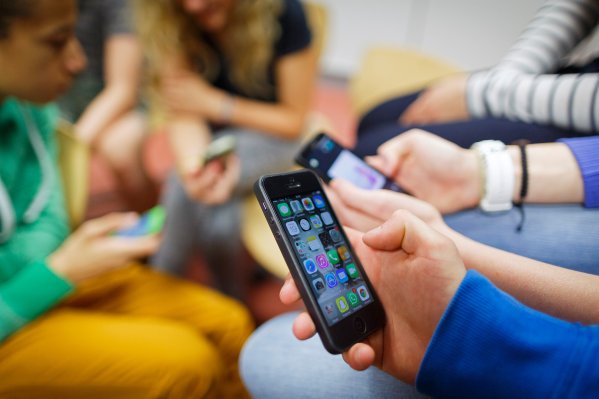 Stop Debating Whether Too Much Smartphone Time Can Hurt Teens, and Start Protecting Them
Next Up: Editor's Pick