China Welcomes Italy Into Its Sphere Of Influence, Unnerving the E.U. and U.S.

Shipping containers at the China-Kazakhstan logistics terminal on May 31, 2018 in Lianyungang, Jiangsu Province of China.
VCG/Getty Images
By Ian Bremmer

Thirteen European countries have already declared themselves open for Chinese business, but the 14th has both Brussels and Washington on edge.

Chinese President Xi Jinping is traveling to Rome in late March to officially welcome Italy into his ambitious Belt and Road Initiative, a Chinese-backed plan to unite East and West with railways, ports, tunnels and other infrastructure projects and transform China’s economic strength at home into undisputed geopolitical power abroad.

While China has already made inroads into various Eastern European countries, signing up Italy–the euro zone’s third largest economy and a G-7 member–has pushed concerns about China’s potential to splinter Europe from the periphery to the core, literally and figuratively. On March 12, the E.U.’s executive body published a paper branding China a “systemic rival” and urging stronger oversight of its investments in Europe. Even the White House has telegraphed its concerns, with a spokesperson commenting that there’s “no need for the Italian government to lend legitimacy to China’s infrastructure vanity project.”

But absent an alternative proposed by Washington or the E.U., Italy is set to become the first G-7 country to enroll in China’s signature foreign policy initiative, one that takes square aim at a post–World War II geopolitical order that’s already unraveling.

This is not the first time worries about the relations between specific E.U. countries and foreign powers have raised alarm; Russia has also made overtures to certain European countries. But the European leadership could rely on the fact that the E.U.’s combined economic heft far outweighed whatever meager economic benefits Russia’s submerging economy had to offer. Brussels cannot say the same about Beijing.

The concern in Brussels is exacerbated by the knowledge that U.S. President Donald Trump will soon turn his sights to Europe, once his trade war with Xi reaches a conclusion. European politicians have begun bracing for auto tariffs from Washington, which look poised to hit as the global economy begins slowing down. And the U.S.’s recent threat to withhold intelligence from allies who sign up for 5G equipment from China’s state-championed Huawei signals that Washington will not hesitate to force European allies to choose between Uncle Sam and the Chinese.

That would be a difficult choice even if Chinese investment were being pitted against a transatlantic relationship that was alive, well and supported by common U.S.-E.U. values. In fact, the relationship is on life support. And when China offers carrots while the U.S. offers only sticks, the choice for governments in Europe–especially populist, nonconformist ones like in Rome–is made all the easier. Other G-7 countries will be watching closely to see if there’s any U.S. pushback against Italy.

China, meanwhile, gets to demonstrate yet again that it is capable of driving the global agenda, while providing a type of stability and largesse that its only other genuine geopolitical rival is no longer interested in offering. The Italian government gets to show that it is beholden to neither Brussels nor Washington, burnishing its antiestablishment credentials in the process.

And the U.S. and Europe get to show yet again that the world they knew for the better part of the past century continues to pass them by. 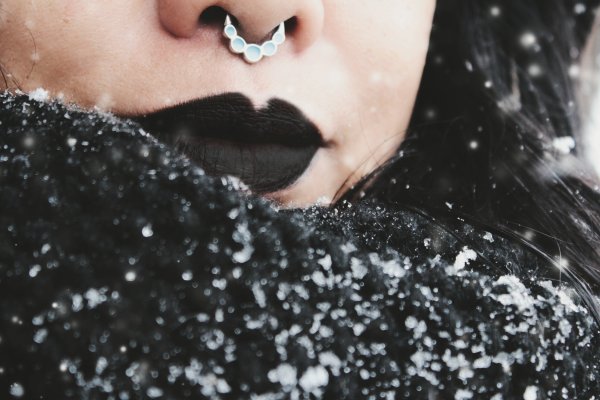