The Department of Defense Office of Inspector General confirmed it has launched an investigation into whether Acting Secretary of Defense Patrick Shanahan has violated any ethics rules by promoting his former employer Boeing while serving in the Trump Administration.

The investigation comes a week after a government watchdog group, called Citizens for Responsibility and Ethics in Washington (CREW), wrote a nine-page complaint to the Pentagon’s inspector general urging the agency to scrutinize the relationship. At issue is whether Shanahan pushed the Pentagon to buy more Boeing-made F-15X fighter jets, which the Air Force does not want, and whether he criticized Boeing-rival Lockheed Martin Corp. during government meetings.

Shanahan, who came to the Pentagon after spending more than three decades at Boeing, has routinely fended off questions about potential conflicts of interest with the aerospace company that also happens to be one of the largest suppliers for the U.S. military. Last week, he told Congress that he welcomed any such investigation into his actions in office.

In its complaint, CREW cited a Politico report in January that said Shanahan had been promoting Boeing while criticizing the F-35 Joint Strike Fighter, a Lockheed Martin program. The plane was “f-cked up,” he reportedly said, and Lockheed Martin “doesn’t know how to run a program.”

“The Department of Defense Office of Inspector General has decided to investigate complaints we recently received that Acting Secretary Patrick Shanahan allegedly took actions to promote his former employer, Boeing, and disparage its competitors, allegedly in violation of ethics rules,” Dwrena Allen, a spokesperson for the inspector general, said in a statement. “In his recent Senate Armed Services Committee testimony, Acting Secretary Shanahan stated that he supported an investigation into these allegations. We have informed him that we have initiated this investigation.”

The confirmation of the investigation is a rarity for the Inspector General’s office, which usually maintains a policy not to confirm or deny the existence of investigations.

Lieutenant Colonel Joe Buccino, a spokesman for Shanahan, said in a statement that the Acting Secretary invites the investigation. “Acting Secretary Shanahan has at all times remained committed to upholding his ethics agreement filed with the DoD,” he said. “This agreement ensures any matters pertaining to Boeing are handled by appropriate officials within the Pentagon to eliminate any perceived or actual conflict of interest issue with Boeing.”

The allegations, however, take on increased importance now that Shanahan, 56, is under serious consideration to become Defense Secretary. He has the dubious distinction of being the longest serving “Acting Defense Secretary” in the nation’s history: 78 days and counting. He stepped up from the No. 2 spot to take the lead role after James Mattis resigned as Defense Secretary on Dec. 31. 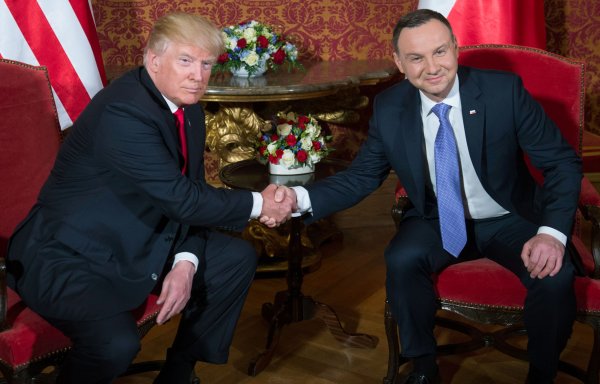 Pentagon Takes Step Toward Establishing Base in Poland
Next Up: Editor's Pick