Model Nathan Westling has come out as a trans man. Westling, a fashion industry favorite known for working with luxury labels like Louis Vuitton, Prada, Saint Laurent, and Marc Jacobs, opened up about his decision to transition in an interview with CNN Style on Tuesday.

“It feels like I’ve been wearing like a mask my whole life,” Westling said. “Once I removed that mask, it was like I was finally… I don’t know. I’m not wearing a skin that I don’t feel I am anymore. I’m not playing a persona; I’m not trying to be something I’m not anymore. I don’t feel like I’m stuck in this weird moment of having to be in-between.”

Westling shared that he’s been taking testosterone for six months and has plans to get top surgery to reconstruct his chest. He also talked about how his experience modeling helped him consider his trans identity.

“Working as a model, you know, a lot of people ask, ‘Did that screw with you? Did that hurt you?'” he said. “(Modeling) was cool to me because I’ve always been playing a character, a persona, my whole life. So to be able to be put in all this different hair and makeup, I was able to discover myself as well, and see myself as so many different things; to really know that this is who I should be and the path I should take.”

Westling, who made his debut as a model in 2013 on the Marc Jacobs runway, says that he’s received support from the designers he’s worked closely with in the past and has a magazine cover shoot in the works; however, he’s taking things one day at time when it comes to thinking about the future of his career.

“I’m not worried about it,” he said. “I think it’s going to be a good change and I’m excited for it. I’m really, really excited.” 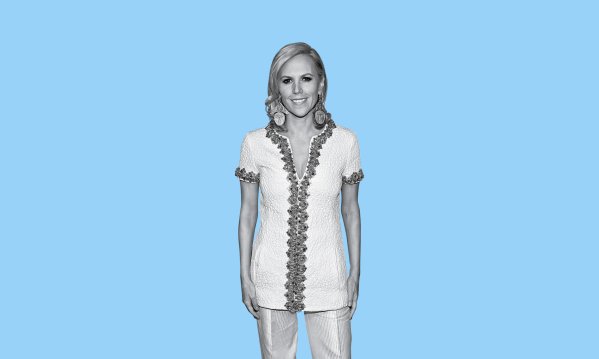 Tory Burch on 15 Years of Her Brand and Paying It Forward to Female Entrepreneurs
Next Up: Editor's Pick