Following the viral rise of a wedding video that began with a song performed by the maid of honor and ended with the best man fainting, falling face first on concrete, Jimmy Kimmel had a lot of questions about the wedding party behind these nuptials.

So, as one does, he tracked down not only the best man, but the bride, the groom, and the maid of honor so he could ask them in-depth about what exactly went down (both literally and figuratively) at this memorable wedding.

Among the many things that Kimmel learned from his interview with bride, groom Denis, best man Jestin and maid of honor Saung, was the exact song that Saung sang while Jestin fell, which was “I Get to Love You,” by Ruelle.

Jestin’s fall, which Kimmel cracked, was the “opposite of a standing ovation,” was thought to be a prank at first. Jestin, for his part, said that his fall was due to dehydration and the heat. Lucky for Jestin, there was an EMT and a doctor attending the wedding, who helped him walk away and Denis said that he didn’t regret choosing him as his best man.

Watch the full interview with the wedding party below. 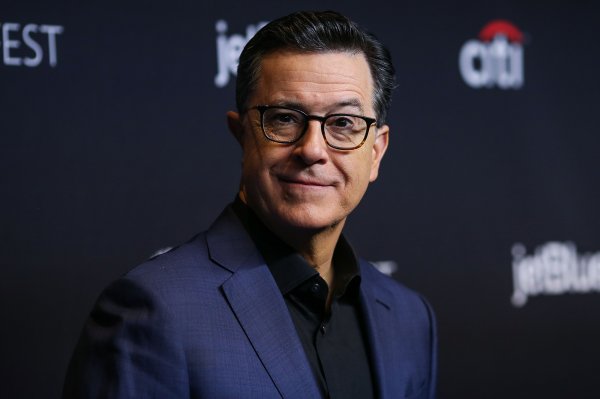 'Trump Has Trouble Showing Love For Things That Aren't Him.' Stephen Colbert Calls Out Trump's Response to New Zealand
Next Up: Editor's Pick