As the Lion Air crew fought to control their diving Boeing Co. 737 Max 8, they got help from an unexpected source: an off-duty pilot who happened to be riding in the cockpit.

That extra pilot, who was seated in the cockpit jumpseat, correctly diagnosed the problem and told the crew how to disable a malfunctioning flight-control system and save the plane, according to two people familiar with Indonesia’s investigation.

The next day, under command of a different crew facing what investigators said was an identical malfunction, the jetliner crashed into the Java Sea killing all 189 aboard.

The previously undisclosed detail on the earlier Lion Air flight represents a new clue in the mystery of how some 737 Max pilots faced with the malfunction have been able to avert disaster while the others lost control of their planes and crashed. The presence of a third pilot in the cockpit wasn’t contained in Indonesia’s National Transportation Safety Committee’s Nov. 28 report on the crash and hasn’t previously been reported.

The so-called dead-head pilot on the earlier flight from Bali to Jakarta told the crew to cut power to the motor driving the nose down, according to the people familiar, part of a checklist that all pilots are required to memorize.

“All the data and information that we have on the flight and the aircraft have been submitted to the Indonesian NTSC. We can’t provide additional comment at this stage due the ongoing investigation on the accident,” Lion Air spokesman Danang Prihantoro said by phone.

The Indonesia safety committee report said the plane had had multiple failures on previous flights and hadn’t been properly repaired.

Representatives for Boeing and the Indonesian safety committee declined to comment on the earlier flight.

The safety system, designed to keep planes from climbing too steeply and stalling, has come under scrutiny by investigators of the crash as well as a subsequent one less than five months later in Ethiopia. A malfunctioning sensor is believed to have tricked the Lion Air plane’s computers into thinking it needed to automatically bring the nose down to avoid a stall.

Boeing’s 737 Max was grounded March 13 by U.S. regulators after similarities to the Oct. 29 Lion Air crash emerged in the investigation of the March 10 crash of Ethiopian Airlines Flight 302. In the wake of the two accidents, questions have emerged about how Boeing’s design of the new 737 model were approved. The Transportation Department’s inspector general is conducting a review of how the plane was certified to fly and a grand jury under the U.S. Justice Department is also seeking records in a possible criminal probe of the plane’s certification.

The FAA last week said it planned to mandate changes in the system to make it less likely to activate when there is no emergency. The agency and Boeing said they are also going to require additional training and references to it in flight manuals.

“We will fully cooperate in the review in the Department of Transportation’s audit,” Boeing spokesman Charles Bickers said in an email. The company has declined to comment on the criminal probe.

After the Lion Air crash, two U.S. pilots’ unions said the potential risks of the system, known as the Maneuvering Characteristics Augmentation System, or MCAS, hadn’t been sufficiently spelled out in their manuals or training. None of the documentation for the Max aircraft included an explanation, the union leaders said.

“We don’t like that we weren’t notified,’’ Jon Weaks, president of the Southwest Airlines Pilots Association, said in November. “It makes us question, ‘Is that everything, guys?’ I would hope there are no more surprises out there.’’

The Allied Pilots Association union at American Airlines Group Inc. also said details about the system weren’t included in the documentation about the plane.

Following the Lion Air crash, the FAA required Boeing to notify airlines about the system and Boeing sent a bulletin to all customers flying the Max reminding them how to disable it in an emergency.

Authorities have released few details about Ethiopian Airlines Flight 302 other than it flew a “very similar” track as the Lion Air planes and then dove sharply into the ground. There have been no reports of maintenance issues with the Ethiopian Airlines plane before its crash.

If the same issue is also found to have helped bring down Ethiopian Airlines Flight 302, one of the most vexing questions crash investigators and aviation safety consultants are asking is why the pilots on that flight didn’t perform the checklist that disables the system.

“After this horrific Lion Air accident, you’d think that everyone flying this airplane would know that’s how you turn this off,” said Steve Wallace, the former director of the U.S. Federal Aviation Administration’s accident investigation branch.

The combination of factors required to bring down a plane in these circumstances suggests other issues may also have occurred in the Ethiopia crash, said Jeffrey Guzzetti, who also directed accident investigations at FAA and is now a consultant.

“It’s simply implausible that this MCAS deficiency by itself can down a modern jetliner with a trained crew,” Guzzetti said.

MCAS is driven by a single sensor near the nose that measures the so-called angle of attack, or whether air is flowing parallel to the length of the fuselage or at an angle. On the Lion Air flights, the angle-of-attack sensor had failed and was sending erroneous readings indicating the plane’s nose was pointed dangerously upward. 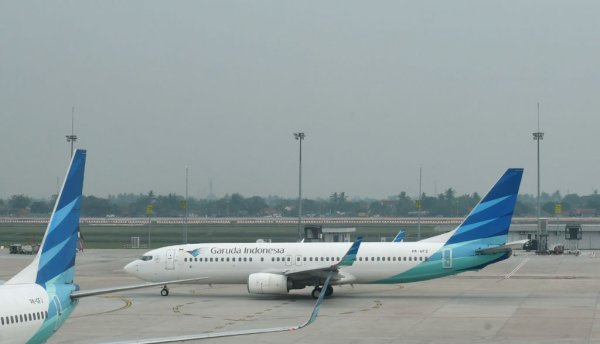 After Crashes, At Least 1 Airline Wants to Cancel Its Boeing 737 Max 8 Order
Next Up: Editor's Pick