President Donald Trump has taken increased control of negotiations over North Korea’s nuclear weapons program, sidelining his own top negotiator and dismissing the warnings of top intelligence and foreign policy advisors in the wake of last month’s failed summit in Vietnam, officials familiar with the developments tell TIME.

In recent days, Trump shut down an effort by Stephen Biegun, nominally the Administration’s lead negotiator with Pyongyang, to reestablish a back channel through the North’s United Nations mission in New York, according to four U.S. and South Korean officials.

At the same time, Trump continues to dismiss the conclusions of the CIA, State and Defense Departments and other agencies that North Korea will not abandon its nuclear weapons program, continuing to insist that he and Kim can negotiate a deal, according to two U.S.officials.

Trump has long said that he believes he can negotiate a deal himself to relieve economic sanctions on North Korea in exchange for a pledge by North Korean leader Kim Jong-un to abandon the nuclear program begun by his grandfather, Kim Il-sung, North Korea’s founder, and continued by his father, Kim Jong-il.

“The President’s constant refrain is that Kim is his ‘friend’,” said one of the officials, who has tried to present Trump with the unanimous assessment by multiple agencies that Kim remains wedded to his nuclear program, both as a family mission and as a deterrent to any U.S.-led effort to overthrow his regime.

In response to questions about the warnings the President has received, the White House said that Trump supports his advisors. “The President has said repeatedly he values his national security and intelligence teams, and that the North Koreans have a major opportunity for a strong economic future if they denuclearize,” said White House spokesman Hogan Gidley.

The State Department declined to comment on-the-record regarding Biegun’s blocked outreach. A State Department spokesperson, speaking on background, denied the account. Biegun, speaking at a March 11 conference on nuclear weapons issues in Washington, said “diplomacy is still very much alive” between the U.S. and the North.

Government Korea experts remain skeptical of Trump’s top-down approach, and dubious that personal chemistry can overcome the North’s long-term, strategic thinking. “Kim understands that while the President may be somewhat malleable and wants to claim credit for formally ending the Korean Conflict,” said one of the officials, “His successors might be less so.”

North Korean diplomats publicly say it is up to the U.S. to make the next move. Vice Foreign Minister Choe Son Hui said recently that the U.S. must take steps to match its moratorium on missile launches and nuclear tests.

Trump continues to insist not only that he and Kim can reach an agreement, but also that impoverished North Korea’s need for economic development will outweigh its leader’s attachment to its existing nuclear arsenal, according to the officials, all of whom spoke on condition of anonymity. U.S. intelligence estimates the North has 20-60 nuclear warheads as well as medium-range missiles that can reach targets, including U.S. military bases, in South Korea and Japan, and perhaps as far as the U.S. territory of Guam.

The officials said that they have tried to explain to Trump that the existing sanctions are only as strong as Russia and China, North Korea’s main allies, trading partners, and sources of fuel, allow them to be, and that Moscow’s and Beijing’s enforcement of them has been less than rigorous, as one U.S. official put it.

Trump’s insistence on serving as his own lead negotiator, concentrating decision making at the White House has rattled not only U.S. officials outside the White House, but also their counterparts in South Korea and Japan, all the officials said.

One fear, said one foreign official familiar with U.S. diplomacy on the issue who spoke only on the condition of anonymity, is that while Trump did not strike a deal with Kim at their recent summit in Hanoi, he still might agree to one now. The official fears Trump might lift some or all the economic sanctions on Pyongyang in exchange for a North Korean pledge to continue a freeze on development and testing of new missiles and warheads and halt efforts to develop a reliable intercontinental ballistic missile and reentry vehicle capable of striking targets in the U.S.

Such a deal would leave South Korea and Japan, and American forces in Northeast Asia, still vulnerable to North Korea’s existing nuclear arsenal. At the same time, lifting even some sanctions would remove much of the leverage on the North to accept a more far-reaching, irreversible and enforceable agreement.

A second fear, especially in Japan, is that South Korean President Moon Jae-in may urge Trump to cut such a deal. Moon is eager to cultivate better economic and political relations with the North amid lagging domestic support. The Japanese worry that Trump, who already has halted the major joint U.S.-South Korean military exercise, could settle for deal that falls short of eliminating the military threat from the North.

Some U.S. intelligence officials also worry that Trump’s fixation on winning an agreement with Kim is causing the Administration to ignore what some think may be a greater threat from North Korea in cyberspace. They point to a 2014 attack, which the National Security Agency and the FBI traced to Pyongyang, on Sony Pictures Entertainment computer systems that not only stole emails, corporate salaries, and other information, but also destroyed some of the company’s computer network, apparently in retaliation for a comedy about a plan to assassinate Kim.

Trump has long said that he values his own instincts over expert advice.

“I have a gut, and my gut tells me more sometimes than anybody else’s brain can ever tell me,” he told the Washington Post last November.

With Brian Bennett and W.J. Hennigan in Washington 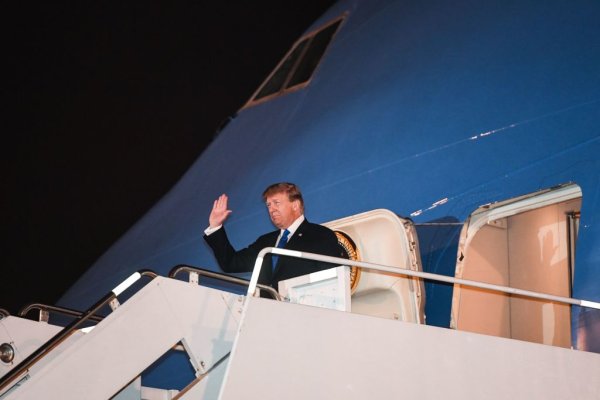 How Trump Is Eager for a Deal with Kim Jong Un
Next Up: Editor's Pick