Read the Pointed Tweets That Led a Congressman to Sue Twitter

Be careful the next time you tweet something mean: You could be sued.

Rep. Devin Nunes has sued Twitter for defamation, along with a few users who have tweeted unfavorable things about him. The Republican congressman from California is seeking $250 million in damages, according to the complaint.

Of the people sued in addition to the social media platform, one is called “Devin Nunes’ Mom” and another is called “Devin Nunes’ cow.” The former was suspended, but the latter is still live online. The third individual in the complaint is Liz Mair, whose company Mair Strategies, a communications and public relations firm, is also sued.

The complaint says that the tweets violate Twitter’s terms of use, including abuse, hateful conduct and impersonation. The tweets referenced include a plethora of expletives — one of which is defined by Urban Dictionary in the complaint.

In addition to the accounts directly sued in the case, the complaint explains that other accounts like “Devin Nunes’ grapes” and “Fire Devin Nunes” also existed. “The additional Twitter accounts followed the same pattern as @DevinNunesMom and @DevinCow, and published the same false and defamatory statements,” the complaint says. “Nunes was involved in underage prostitution, etc. Fire Devin Nunes published memes of Nunes in prison attire.”

But, in spite of the lawsuit, “Devin Nunes’ cow” is not backing down. “I’m not quitting my day job,” the account posted on Tuesday. 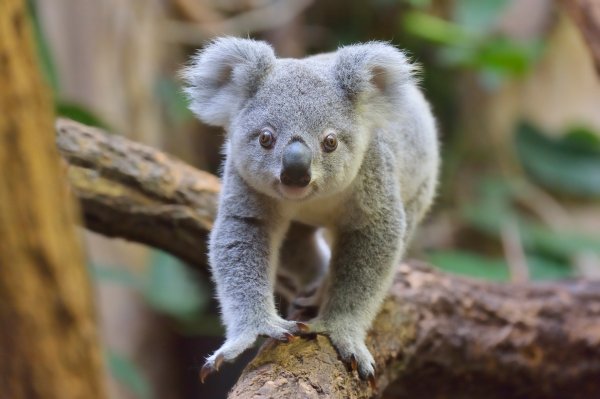 Brazen Koala Hopped Into a Man's Car to Cool Off and Refused to Leave
Next Up: Editor's Pick