'I Was Literally Scared.' A Man Says He Warned Police About Extremism at Massacre Suspect's Rifle Club

Pete Breidahl knew something was wrong straight away. Confederate flags lined the walls, he says, and members strolled around in camouflage gear and rank insignia.

That day in November 2017 was the one and only time Breidahl, 40, visited the Bruce Rifle Club outside New Zealand’s university town of Dunedin. “Once was enough for me,” he tells TIME.

What he saw was shocking enough to prompt the former New Zealand Army soldier to tell local police they should investigate the extreme views of members. But he says his concerns fell on deaf ears.

On Saturday, one member of Bruce Rifle Club, Brenton Harrison Tarrant, 28, was charged with murder following the massacre of 50 Muslims at two mosques in Christchurch. While New Zealand has a proud reputation for religious tolerance, Friday’s mass shooting has spotlighted the country’s extremist underbelly.

“This attack has been brewing for some time,” says Clarke Jones, a terrorism expert at Australian National University. He says New Zealand could have around 70 active right wing groups.

Breidahl, a father-of-three, says he only visited the club for a serviceman’s rifle match it was hosting. Its members brazenly talked about preparing for combat, he recalled, describing the men at the club as “basement dwelling nerds that live out homicidal fantasies.”

One man in particular told Breidahl he wanted to be able to carry his gun around the university where he was studying. “He told me, ‘people carry skateboards around, what’s the difference?’”

Breidahl says the same man told him that he needed to prepare for the oncoming migration of Muslim people. “[He] told me that the army will be deployed on the streets of Dunedin to protect us from the growing terrorist attacks of Muslims,” he says.

Breidahl says another man spoke fondly about Martin Bryant, who murdered 35 people in the Port Arthur massacre in 1996 — Australia’s worst ever mass shooting.

“I was a 17-year-old kid living in Victoria, Australia, [when that happened.],” says Breidahl. “As long as I live I will never forget about a man on the news talking about the loss of his wife and child. I was in tears. The man who spoke to me talked about [Bryant] like he was a hero. He was so casual about it.”

Breidahl says the lack of empathy amongst members “scared the living daylights out of him.”

He says he still has nightmares about all the horrific things he saw during his days in the military. “Being at that shooting range… only for a day… brought back all those terrible memories.”

Breidahl says he left the club early that day, and barely finished his event because he knew he had to do something about what he had seen and heard. On November 20, 2017, he made a post in a rifle clubs Facebook group, a screenshot of which was shown to TIME, detailing strange encounters with some of the men at the event.

People were quick to respond, he says, likening the Bruce members to “Aramoana-type” fruit loops. (Aramoana was the last mass shooting in New Zealand in 1990, which claimed 14 lives.)

Read more: In the Wake of Tragedy in Christchurch, Love Prevails

Breidahl says he took his concerns to the local arms officer at the Dunedin Police Station.

“She dismissed me straight away,” he says. “She told me they were ‘a bunch of funny folk’ down at the club and ‘it’s just who they were.’”

A Dunedin police spokesperson could not confirm local media reports that they were investigating Breidahl’s claims when contacted by TIME on Tuesday.

Breidahl believes the Christchurch massacres might have been prevented had his concerns been taken more seriously. “I was horrified and ashamed [when I heard the news],” he says. “We should have done more.”

“You can’t stop crazy,” says Breidahl. “But if you take away the tool, it will save lives.”

Breidahl says he got rid of all his guns straight after Friday’s massacre. “We have failed the victims as New Zealanders,” he says. “All of us have.” 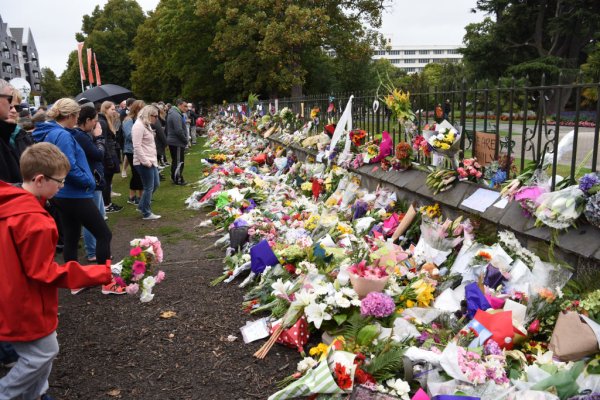