The spokesman for the Islamic State of Iraq and Greater Syria (ISIS) made his first statement in almost six months Monday, in which he dismissed claims that ISIS has been defeated and called for revenge for last week’s deadly mosque shootings in New Zealand.

“The scenes of the massacres in the two mosques should wake up those who were fooled, and should incite the supporters of the caliphate to avenge their religion,” he said, according to the New York Times. At least 50 people died when a 28-year-old Australian man opened fire during prayers at two Christchurch mosques last Friday.

The spokesman, whose identity is not known but is often referred to as Abu Hassan al-Muhajir, released the 44-minute recording via the Telegram mobile messaging app, reports the Times.

In addition to linking the New Zealand shootings to ISIS, al-Muhajir also claimed that the group’s leader Abu Bakr al-Baghdadi, who is often rumored to be dead, is still alive. Al-Muhajir refuted claims made by President Donald Trump late last year that ISIS has largely been defeated, according the the Times.

The spokesman, who rarely makes statements, has never been seen in video or photograph. According to the Times, his detailed knowledge of current events raises questions about his whereabouts and how he is receiving information. 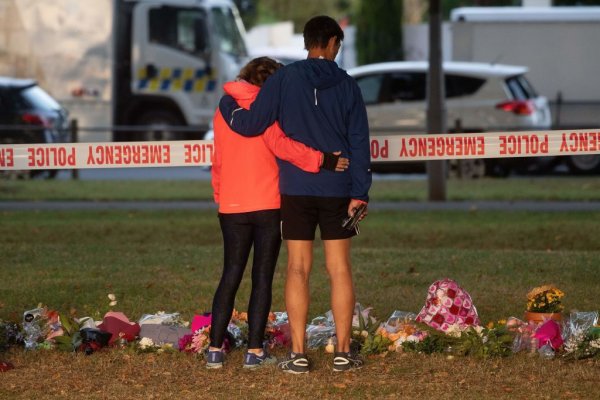 'I Was Literally Scared'
Next Up: Editor's Pick