With an early-morning tweet and accompanying video, former Vice President Joe Biden announced that he is making a third run for his Democratic Party’s presidential nomination.

Biden opened his announcement video with footage of the 2017 white supremacist march in Charlottesville, Va., highlighting President Donald Trump’s comment that there were “very fine people on both sides,” following violent clashes that left one counter-protestor dead.

“With those words, the President of the United States assigned a moral equivalence between those spreading hate and those with the courage to stand against it. And in that moment, I realized that the threat to this nation was unlike any I had seen in my lifetime,” Biden said.

He added: “I believe history will look back on four years of this president, and all he embraces, as an aberrant moment in time. But if we give Donald Trump eight years in the White House, he will forever and fundamentally alter the character of this nation.”

Biden’s entry to the race on Thursday carried zero surprise but sky-high expectations that have only been building in recent weeks. Biden is a beloved figure in American politics and a decades-long leader on the global stage. But he still faces the same task as his rivals: to build what could be a billion-dollar start-up on the fly.

Some Democrats are bracing for a rough start for the former Vice President. Biden benefited greatly when Barack Obama’s White House made easy his logistics and his political machine handled the fundraising. But now? Biden has told friends he worries about meeting expectations, especially on fundraising. Last week, his allies started asking supporters to line up like-minded Democrats with deep pockets to bundle donations to have at the ready.

Add to that the persistent questions about his often physical — but never sexual — contacts with others and his political fortunes may be on shakier ground than his polling lead would suggest. Biden has said he is listening to women and men who have said Biden’s frequent physicality made them feel uncomfortable.

And the minute Biden shifts from party elder into rival for the nomination, rivals will take off their gloves and start combing through Biden’s long record. Biden’s team knows the tone will shift almost instantly. One former adviser who is not rejoining Team Joe has told current advisers that Biden will never be as popular as he is today. Biden’s critics have thick files of his record to use against him, some of which have already surfaced. One Democrat even went as far as to alert the Washington Post to a 1975 interview on school segregation that had been entered into the Congressional Record at the time. According to the Post, the Democrat spoke out “citing a concern that Biden’s positions could be problematic for the party.”

Biden has told friends he is not going to be frightened away from the campaign. Ever since he left the White House, he’s been itching for another fight. You could practically hear the signs rolling off the printing presses back when Biden published in 2017 a narrow memoir about his late son Beau’s yearlong fight against brain cancer. (He said he was saving his telling of his eights years in the White House for a second volume. That choice telegraphed that he wasn’t ready to write the figurative last chapter on his public life.)

In the 2017 book, Biden recounts a question President Barack Obama put to him in January of 2015, when Biden was considering a run in 2016.

“Joe,” Obama asked, according to Biden’s telling, “how do you want to spend the rest of your life?”

Biden’s answer was that he wanted to spend time with his family — “and I want to help change the country and the world for the better.”

The former Vice President has been just as transparent in recent weeks. He has loved the renewed attention from the public and the press. At a firefighters’ event on March 12, he told cheering “Run, Joe, Run!” cheers that they should save their voice for when he needed them “in a few weeks.” And on March 16, he seemed to slip when he said he is the most progressive candidate in the race.

Recognizing the gaffe, Biden quickly corrected himself to say he would be the most progressive candidate in the race if he joined it. He then smiled and blessed himself with a Sign of the Cross.

That kind of plainspokenness is why Biden is among the most popular politicians in the country. In February, Gallup found that eight in 10 Democrats and a third of Republican have positive views of Biden. Among all Americans, 56% have a favorable view of Biden.

(Gallup also asked about Trump during this period, too. The polling organization found 43% of Americans approve of the president job performance. It is a different question. But it’s a necessary proxy because you can’t ask the public if they approve of Biden’s job performance, given he’s out of public life.)

But Biden has been hemming and hawing about actually joining the contest. Initially, he had planned on making a decision after the 2018 elections and talks with his family. That slipped into the holidays. And then it slipped to by the end of March, when the fundraising quarter ended. Then it slipped into April. Then Wednesday, which slipped into Thursday.

All the while, his would-be rivals are getting widespread coverage for their innovative policy ideas, compelling biographies and political hustle.

But Biden has been itching to take on Trump. For one, Biden carries little respect for Trump the individual. Biden, who wrote the original Violence Against Women Act, especially finds Trump’s treatment of women abhorrent, and even more horrifying to Biden is Trump’s dismissal of it as “locker room talk.”

“I’ve been in a lot of locker rooms my whole life,” Biden told an audience in Miami last year. “I’m a pretty damn good athlete. Any guy that talked that way was usually the fattest, ugliest S.O.B. in the room.”

At the same event, Biden went so far as to imagine that he would win a fistfight.

That’s the type of off-the-cuff campaigning that earned Biden the nickname of “Uncle Joe” during the Obama years. He has what they call Bidenism — using “literally” incorrectly, saying “God love him” when it was clear Biden did not, invoking his late Irish-Catholic mother, Catherine Eugenia Finnegan Biden — that pepper his speeches. He is an authentic old-school politician who grew up in Scranton and never let the trappings of the Senate change him.

But the politics did change around him.

Read More: Joe Biden Will Announce His Presidential Campaign Next Week, Unless He Doesn’t

Biden has been in public office since 1970. Biden advisers know that he will be called to task for everything in his record, from civil rights to gay rights. (Those advisers are correct to note that Biden endorsed marriage rights for same-sex couples before Obama.) Biden’s physical interactions with the wives and daughters of lawmakers at their swearing-in ceremonies — which some thought of as endearing back in 2009 — are now seen on YouTube through the lens of #MeToo. As Biden said, the rules are different now.

Still, Democrats right now may suppress their ideals on gender equality or set aside nagging guilt about nominating another old white man to be their standard bearer. More than anything else, Democrats want to win.

And central to Biden’s pitch is that he can, arguing that he can blunt Trump’s inroads with voters in the industrial Midwest in a way that other Democratic candidates may not.

But if that’s Biden’s lane, no one is ceding it to him. O’Rourke on March 18 made campaign stops in Michigan and Ohio, two states that helped Trump win the White House. Rep. Tim Ryan, who represents Ohio’s hollowed-out Mahoning Valley, has joined the campaign and is busy building an organization in Iowa and New Hampshire. And South Bend, Ind., Mayor Pete Buttigieg has been enjoying a media boomlet of late with his heartland pitch to voters’ heartstrings.

In other words, that may be Biden’s last act in a remarkable political life, and it has all of the potential for trouble. Biden, though, did not want to be on the sidelines. He was ready to race. 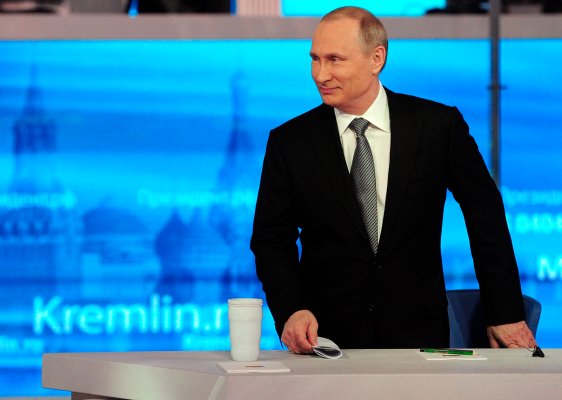 The 2020 Campaigns Are Still Vulnerable to Cyber Attacks
Next Up: Editor's Pick