Why Do So Many Couples Look Alike? Here’s the Psychology Behind the Weird Phenomenon

In 2016, Olivia Brunner, like millions of Americans, decided to take an at-home DNA test. But Brunner wasn’t motivated by pure curiosity. She bore a striking resemblance to her then-boyfriend, Greg — from their hair colors and complexions down to their facial expressions — and for years, people had commented that they looked related. She needed to confirm, for her own peace of mind, that they weren’t — especially since she had been adopted as a baby.

“In the back of our minds we were like, ‘What if there’s this tiny little chance that we actually are somewhat related?'” Brunner, 26, remembers. “It got pointed out to us too much for us to not be worried about it. I don’t know what we would have done.”

Their worries turned out to be for nothing, and the New Hampshire couple married last year. Today, their uncanny resemblance is just “an inside joke that everyone can be a part of,” Greg, 26, says. “The only time it really comes up is when we say, ‘What are our kids going to look like?’ Well, they’re going to look like us.”

Lookalike couples have captured public fascination for years. Back in 1987, scientists from the University of Michigan set out to study the phenomenon of married couples who grow to look more alike over time. (Their theory, which scientists still cite today, was that decades of shared emotions result in a closer resemblance due to similar wrinkles and expressions.) More recently, social media has amplified romantic doppelgängers through viral posts and channels like the Tumblr Boyfriend Twin, which celebrates gay couples who resemble each other. But how do so many lookalikes end up together in the first place?

Despite the old notion that opposites attract, Indianapolis-based social psychologist Justin Lehmiller, who is a research fellow at the Kinsey Institute and author of Tell Me What You Want, says people naturally gravitate toward people who are familiar, even though the whole process is likely subconscious. There are some traits that work best in a relationship when they’re balanced out by an opposing partner — like dominance and submissiveness — but, by and large, “what is familiar to us tends to be what we like and are drawn to,” even if we’re not explicitly aware of it, Lehmiller says.

That phenomenon extends to appearance. “You’re familiar with your own appearance, so seeing other people who share those similar sorts of traits might lead to more liking for that reason,” he says.

One 2013 study found that to be true. In the experiment, people were shown images of their romantic partner’s face that had been digitally altered to include some features from another face — either random other faces, or the study participant’s own face. Both male and female participants consistently rated the composite that included their own face as the most attractive.

An earlier study reached a similar finding about composite images — and also found that people were subliminally attracted to features of their opposite-sex parent. Study participants rated images of others as more attractive when a picture of their opposite-sex parent quickly flashed across the screen first, suggesting that they were subconsciously primed by the familiar face. Another 2018 study looking at biracial people found that they tended to be attracted to and pair up with people who resemble their parents, regardless of sex.

That parental preference may seem a little creepy, but it’s not problematic or even particularly surprising, Lehmiller says. It’s likely a completely subconscious process that taps into our natural associations with what’s pleasant and appealing, he says. “These traits might come to be seen as comforting,” he says. “They’re familiar to you.”

Zara Barrie, a 31-year-old writer who lives in New York City, says she dated at least three women who looked like her. (Barrie is now married to a woman who she says looks nothing like her.) She says she wasn’t aware of the pattern at first and didn’t usually notice the resemblance until someone else pointed it out.

“It would freak me out, especially when someone would ask, ‘Are you twins?'” Barrie remembers. “It just feels kind of dark and perv-y. And then it also makes you worry: are you a narcissist if you’re attracted to people who look like you?” (Probably not, Lehmiller says, since the whole thing is subconscious.)

Lookalike partners may also be drawn to each other, subliminally, because of their genes. Plenty of studies have found that spouses tend to be more genetically similar than strangers, sharing predictors of everything from height to educational attainment. There is also some preliminary evidence that people may be attracted to potential mates who come from similar ancestry — at least for white couples, since they’ve been the focus of most early research. Both of these tendencies could feasibly translate to physical similarities within a couple.

Ben Domingue, an assistant professor at the Stanford Graduate School of Education who has studied genetic similarity between spouses and friends, says genetically matched folks tend to find each other because of social, cultural or environmental common ground.

That was true for the Brunners, who met while students at Syracuse University. But both Domingue and Lehmiller say that phenomenon may be changing, as old notions of dating are replaced by more fluid ones.

For one thing, people are getting married later in life and traveling farther for education and work, giving them more opportunities to find and pair up with people from different backgrounds. “When you’re exposed to so many different options and your community is larger, that might facilitate attraction toward a wider range of traits,” Lehmiller says.

Online dating is also starting to change the game, Domingue says. With potential mates only a swipe away, people are no longer limited to finding a partner within their social circle or immediate environment, he explains. And while some experts have pointed out that dating app filters that allow people to sort by race or religion enforce biases and homogeneity, other research suggests that online dating has overall led to more diverse couples. While the U.S. Census Bureau found that about 10% of marriages were between interracial couples from 2012 to 2016, Pew Research Center‘s estimate is even higher: It says nearly 20% of couples in the U.S. were interracial as of 2015, up from 7% in 1980.

But it’s hard to predict whether the phenomenon of lookalike couples will fade in coming years, as marriage and dating patterns continue to shift — largely because attraction is always hard to pin down, Lehmiller says.

“Attraction is this very complex phenomenon, and there are so many factors that play a role in it,” he says. “Initial similarity might lead you to be attracted to somebody, but it doesn’t mean you’ll have a happy relationship. Attraction is not something that’s easy to predict.” 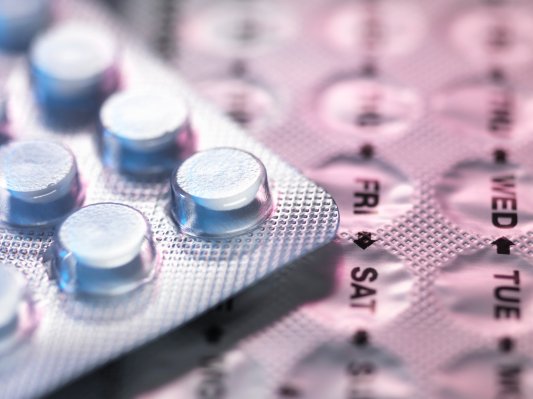 A New Male Birth Control Pill is Being Tested. Here's What to Know
Next Up: Editor's Pick