The fearless young man who smashed an egg on the back of the head of Australian Senator Fraser Anning has been honored with a mural in Melbourne’s famed Hosier Lane, known for its grafitti and street art.

The young man, who has since been identified as Australian 17-year-old William Connolly, but is better known to the Internet as “Egg Boy,” went viral after he broke an egg on Anning’s head after Anning blamed the recent fatal shootings at two mosques in Christchurch, New Zealand on Muslim immigrants. Anning responded by hitting Connolly in the face and later striking him again.

On Sunday, artist Van T Rudd took to their Instagram to share an image of the mural they created to honor Egg Boy.

“This mural just HAD to be done! A tribute to #eggboy and his glorious response to Australian politician #fraseranning ‘s support of extreme right wing terror,” they wrote in the caption alongside the photo. “Solidarity with Muslims, refugees, migrants!”

See the mural of Egg Boy below. 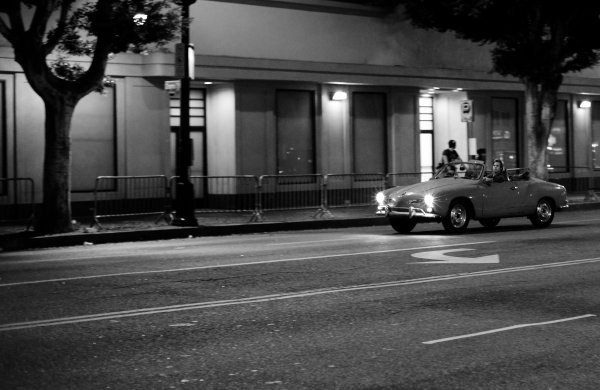 Brad Pitt and Leonardo DiCaprio Are in a New Movie Poster Together and the Memes Are Gold
Next Up: Editor's Pick