How to Help Victims of the Christchurch Terrorist Attacks

Mass shootings at two mosques in the New Zealand city of Christchurch have left at least 50 people dead.

The attacks occurred while worshippers attended Friday prayers. The main shooting happened at Al Noor Mosque in a suburb west of the city center, where 42 people were killed. A second attack took place at Linwood Mosque in the east, where seven were left dead. Another person died after being transported to a hospital.

Thirty-four people among the 50 injured remain in Christchurch Hospital, including 12 in intensive care.

A 28-year-old man, who authorities identified as Brenton Harrison Tarrant, has been charged with murder.

As the nation mourns what was by far the deadliest shooting in history, here’s how you can help:

New Zealand-based Victim Support, which offers emotional and practical aid to victims of grief and trauma, has launched a Givealittle page to raise money for families affected by the shooting. The organization said on its website that it is working with victims referred to them and making contact with appropriate groups in the Islamic community to begin using the funds.

Nonprofit organization New Zealand Islamic Information Centre (NZIIC) aims to raise about $1.5 million to help with the immediate, short-term needs of grieving families. “No amount of money will bring back their loved ones, but we do hope to lessen their burden in some way,” the LaunchGood fundraising page reads.

The New Zealand Red Cross is accepting donations as volunteers continue to provide on-the-ground emotional support to family members of victims, responding to their concerns and giving them information they may have missed.

New Zealand media outlets Local NZ and NZ Herald have published a list of vigils being held throughout the country this week.

A memorial service will be held at Aotea Square in Auckland, the country’s most populous city, on Friday March 22. Speakers will be present as the public gather to remember the lives lost.

In capital city Wellington, locals of all faiths are invited to Kilbirnie Mosque on March 22 to take part in the formation of a human chain around the outside of the mosque’s grounds.

While blood stocks are healthy, according to the New Zealand Blood Service, donations are still needed in the wake of the attack. “We need a constant supply as blood that’s donated can’t be used after 35 days,” a media spokesperson of the organization said.

Take part in an anti-Islamophobia rally

Activists from organization Love Aotearoa Hate Racism are holding an anti-Islamophobia rally in support of victims on Sunday March 24. The event is poised to be the largest anti-racist protest in New Zealand since the 1981 South African rugby tour sparked widespread Apartheid-related protests across the country. 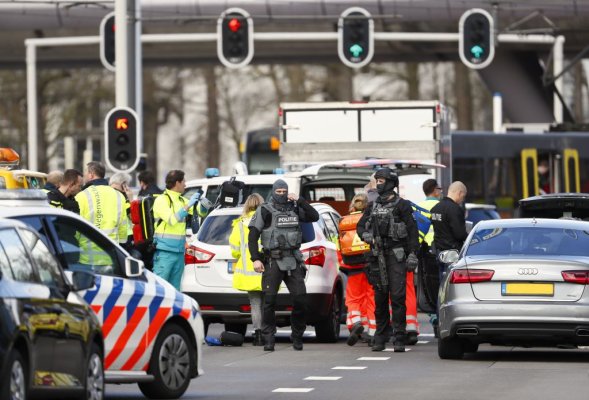 3 Killed, Others Injured in Netherlands Shooting
Next Up: Editor's Pick