Hong Kong is famous for many striking sights—like the city skyline and the famous Victoria Peak—but a 115-foot-long inflatable, mouse-like sculpture floating on the harbor? That’s a new one.

The colossal artwork, unveiled today, is the vision of American street artist KAWS, real name Brian Donnelly. He got his start in the 1990s, doctoring billboards and advertisements on the streets of Brooklyn. Since then, he has exhibited internationally, illustrated album covers for Kanye West, collaborated with Nike, and designed t-shirts for Japanese clothing brand Uniqlo. But he is best known for his figurative sculptures, based on playful appropriations from pop culture.

The Hong Kong sculpture is entitled Companion, and reclines on the harbor waves, its arms and legs outstretched as it faces the sky.

“I was thinking of all the tension in the world, and I wanted to create work that would make people think about relaxing,” KAWS told TIME. “And there’s nothing more relaxing than lying on your back in water and looking up at the sky.”

The sculpture’s eyes are formed from two black crosses—a feature of the artist’s early street art—and give the character a slightly morbid touch. Almost in playful juxtaposition, its lower torso, with shorts and two comically large buttons, resembles that of Mickey Mouse.

“He’s approachable,” KAWS said. “When I created him, I wanted him to have human sensibility.”

Before Hong Kong, Companion was exhibited outside the historical Chiang Kai Shek Memorial Hall in Taipei, Taiwan, and on Seokchon Lake in the South Korean capital of Seoul.

The New York-based artist has established quite a presence in Asia since his first trip to Japan in the mid 1990s. In recent years, he has held exhibitions in Hong Kong, Shanghai and Tokyo, and last May made a permanent mark in China with the unveiling of two bronze statues—one of Companion, the other of another character, BFF—outside a shopping mall in the city of Changsha.

As Companion basks on Hong Kong harbor, a concurrent exhibition, KAWS: Along the Way, is being held at local art and culture venue PMQ. The showcase features outdoor sculptures and paintings selected from his work over the past ten years.

“I’ve always made it a point to get original work in front of people so that they’re not just experiencing it from a magazine or through a phone screen,” KAWS said.

Companion will be exhibited until the end of March next to Hong Kong’s waterfront Tamar Park. 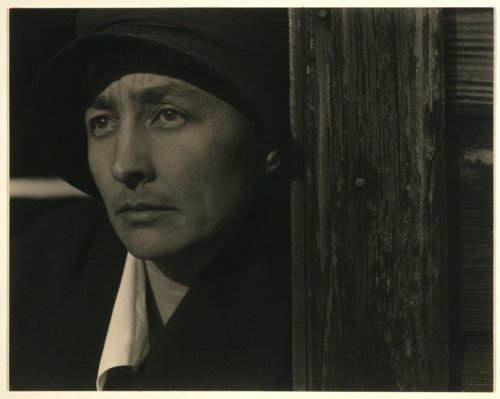 Georgia O’Keeffe Reveals Inspiration Behind Some of Her Most Famous Paintings in Newly Uncovered Letters
Next Up: Editor's Pick