A gun show in Auckland, New Zealand’s most populous city, has been cancelled in the wake of the terror attack in the city of Christchurch that left at least 50 people dead on Friday.

The Kumeu Militaria Show, billed as the largest gun show in the country, was scheduled to take place this Saturday.

Organizers said the event was cancelled “in respect for the victims” of the shooting and due to “elevated security risks.”

The show attracts thousands of attendees yearly and has been held at the Kumea Showgrounds since 2014. Boasting militaria displays, historical re-enactments and family entertainment, the annual event is branded as a way to promote an interest in the country’s military history.

“We regret the inconvenience caused to all involved with the running of the show, the military vehicle owners, memorabilia collectors and exhibitors, defense force members, community groups, vendors, and support organizations,” the organizers said in a Facebook post.

In the post’s comments, a number of social media users credited the organizers for the decision and said it was the right thing to do.

Gun control laws in New Zealand, which are relatively lax, have been scrutinized since the attack.

New Zealand Prime Minister Jacinda Ardern said during a press conference in Wellington the morning after the attack that the laws “will change.” Brenton Harrison Tarrant, the 28-year-old Australian man arrested and charged in relation to the massacre, allegedly had five guns with him, including two semi-automatic weapons and two shotguns.

Thirty-four people among the 50 injured remain in Christchurch Hospital, including 12 in intensive care. 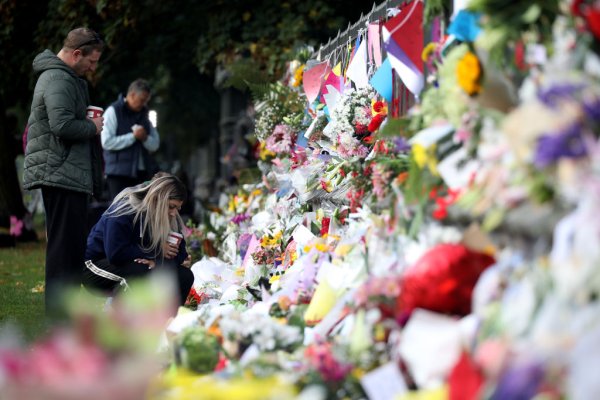 The Victims of the New Zealand Mosque Shootings
Next Up: Editor's Pick