These Are the Victims of the New Zealand Mosque Shootings

Among the victims killed in the horrific shootings at two Christchurch, New Zealand, mosques on March 15 are a goalkeeper for the national futsal team, a Pakistani academic who tried to stop the gunman and dozens of others, many of them immigrants to New Zealand.

50 people were killed in the attacks, which were carried out as the victims gathered at the two mosques for Friday prayers. 36 more are still in the hospital, with 11 in critical condition, according to New Zealand Police.

The attack is the deadliest in New Zealand’s modern history, and its apparent ties to a toxic online culture of hate and extremism, have left the island nation and the rest of the world reeling.

Father and son Naeem Rashid, 50, and Talha Rashid, 21, were two of nine Pakistanis killed in Friday’s mosque attacks, according to a statement released by the Pakistani Ministry of Foreign Affairs. Naeem Rashid’s brother, Dr. Khurshid Alam, told CNN that Rashid was an academic who had spent the past seven years living in New Zealand.

Rashid was killed while trying to tackle the gunman, according to Pakistan Prime Minister Imran Khan, and the Pakistani government plans to recognize his bravery with a posthumous award.

“We stand ready to extend all our support to the families of Pakistani victims of the terrorist attack in Christchurch,” Pakistan’s Prime Minister tweeted. “Pakistan is proud of Mian Naeem Rashid who was martyred trying to tackle the White Supremacist terrorist.”

“To their families, I express my deepest sympathies and promise to facilitate them to the best of our abilities,” Qureshi tweeted,

Atta Elayyan, 33, the goalkeeper for New Zealand’s national futsal team, the Futsal Whites, was among the victims of Friday’s Christchurch massacre, according to New Zealand Football.

“My heart goes out to the futsal community,” said New Zealand Football Interim Chief Executive Andrew Pragnell according to New Zealand Football. “They are a very tight-knit group and this news of Atta’s death will be devastating for all involved in the game. We feel their pain and their grief.”

Elayyan, who was born in Kuwait, leaves behind his wife Farah and his young daughter Aya, according to New Zealand Football.

Daoud Nabi was killed in the attacks after fleeing Afghanistan more than 40 years ago. He sought asylum in New Zealand with his two sons and had lived in Christchurch since 1977, according to CNN. His son, Yama Nabi, confirmed his death to CNN.

Mucaad Ibrahim was only 3 years old when he was killed on Friday. He is the youngest known victim of Christchurch’s mass shooting, according to the Associated Press. Ibrahim had been sitting with his father and older brother during services. When the gunman started shooting, the young child became separated from his family. His brother Abdi Ibrahim confirmed that the younger Ibrahim had been killed in the attack.

“My mum, she’s been struggling,” Abdi Ibrahim said, according to the Associated Press. “Every time she sees other people crying, emotional, she just collapses.”

Khaled Mustafa and his son Hamza Mustafa, 14, were both killed in Friday’s attacks. Khaled Mustafa, a Syrian refugee, had come to New Zealand with his wife and three children last year, according to Syrian Solidarity New Zealand.

Mustafa’s younger son Zaid Mustafa, 13, has been hospitalized and is in stable condition, according to a Syrian Solidarity Facebook post. It also says Khaled Mustafa’s wife and daughter have been left “in total shock, [devastation] and horror.”

Four Egyptian nationals, Mounir Sulaiman, 68, Ahmed Jamal Aldean Abdulghani, 68, Ashraf al-Morsi and Ashraf al-Masri, were confirmed to be among the victims of Friday’s mass shooting by the Egyptian Immigration Ministry, according to CNN.

Five Indian nationals were also killed in Christchurch’s mass attack. According to the Indian High Commission in New Zealand, the five victims were Maheboob Khokhar, Ramiz Vora, Asif Vora, Ansi Alibava and Ozair Kadir. The commission also stated that it had set up a dedicated page to expedite visas for family members of the victims.

Lilik Abdul Hamid was also among the victims of Friday’s attacks, according to the Indonesian Ministry of Foreign Affairs.

“Our prayers for the deceased and the family left behind,” the ministry said in a translated tweet.

Four Jordanian nationals were killed in the Christchurch attacks, according to Jordanian Foreign Minister Ayman Safadi. In a tweet, the Foreign Minister said that both Jordan and New Zealand “stand united against terrorism & hate speech which we condemn in all forms.” 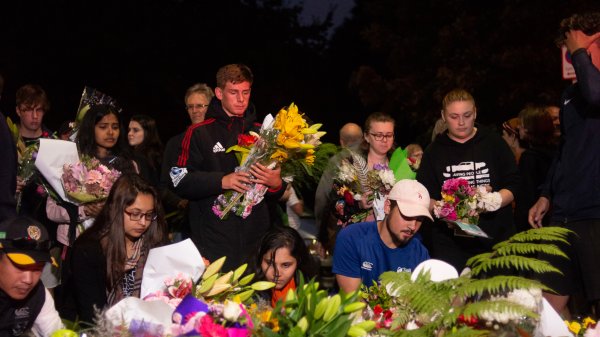