(Bloomberg) — Paris awoke to scenes of destruction on the Champs Elysees on Sunday following another day of Yellow Vest-led protests that turned violent.

Some 200 individuals are in custody, BFM TV reported, citing Paris prosecutors. About 80 shops on the French capital’s iconic avenue were damaged, with several cases of arson and looting, Agence France-Presse reported, citing Jean-Noel Reinhardt, president of the committee of the Champs Elysees.

It was the 18th consecutive Saturday of Yellow Vest protests. French President Emmanuel Macron — who cut his ski holiday short following a tour of Africa — vowed on Twitter Saturday evening that “strong decisions” were coming to prevent more violence.

Macron said some individuals — dubbed “black blocs” by French police forces — were taking advantage of the protests by the Yellow Vest grassroots movement to “damage the Republic, to break, to destroy.” Prime Minister Edouard Philippe said on Twitter that those who excused or encouraged such violence were complicit in it.

The Yellow Vests have been protesting across France since the end of November, with demands ranging from lower taxes to better public services.

Paris Mayor Anne Hidalgo, in an interview in Le Parisien on Sunday, said she wants the government to explain how it has handled security on the Champs Elysees. December saw the most violent weekends, with protests often forcing shops to shut down during the key run-up to Christmas.

The movement had seemed to be losing steam in the past few weeks as Macron’s government brought in a national debate initiative, which allowed individuals and opposition parties to voice their discontent by putting forward proposals to change the status quo. That process came to an end on March 15.

A poll from Elabe released on March 13 showed that 7 of 10 French individuals surveyed didn’t think that debate would resolve the crisis, while 63 percent thought the government wouldn’t take any of the policy proposals into account. 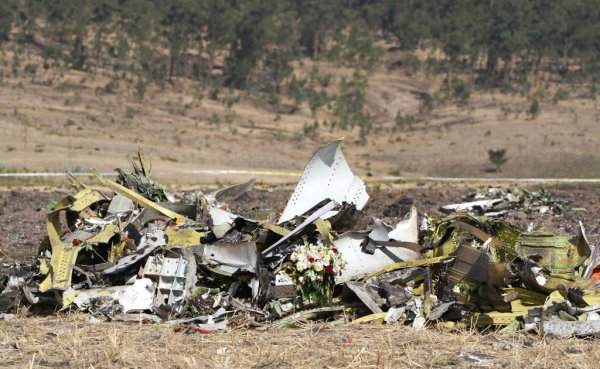 Analysis Begins on the Voice Recorder Box From the Ethiopian Airlines Boeing 737 Max Crash
Next Up: Editor's Pick