A video of a teenager egging an Australian senator who sparked international outrage with comments that he made about the New Zealand mosque shootings is going viral.

After the mass shooting on Friday, far-right Sen. Fraser Anning put out a statement in which he blamed Muslim immigrants for the terror attack on two Christchurch mosques that took the lives of 49 people and injured at least 40.

“Whilst this kind of violent vigilantism can never be justified, what it highlights is the growing fear within our community, both in Australia and New Zealand of the increasing Muslim presence,” Anning said in the statement. “The real cause of bloodshed on New Zealand streets today is the immigration program which allowed Muslim fanatics to migrate to New Zealand in the first place.”

A 17-year-old, who has not been identified by authorities, performed the egging during a Saturday event in Melbourne. He can be seen holding up his phone, seemingly to record the incident, before breaking a raw egg on the back of Anning’s head. Anning responds by turning around and hitting the boy in the face.

The senator then lunges for the teen and strikes him again before the two are separated.

A group of bystanders tackled the boy to the ground and held him until police arrived.

The teenager was briefly arrested but later released without being charged, according to Victoria police.

“The incident is being actively investigated by Victoria Police ‘in its entirety’ including the actions of [Anning] and others,” the department said in a statement. 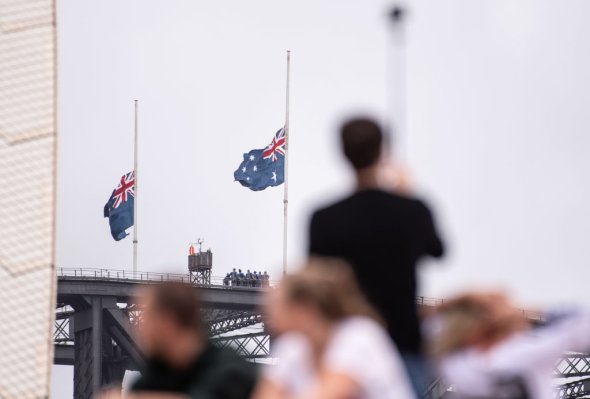 Australia and the New Zealand Massacre
Next Up: Editor's Pick