While attending a New York City vigil for the victims of mass shootings at two mosques in New Zealand on Friday, Chelsea Clinton was confronted by a NYU student over recent criticism of Minnesota Rep. Ilhan Omar.

Clinton was one of numerous public and political figures who condemned Omar’s controversial comments on Israel last month as perpetuating “anti-Semitic tropes.” Omar is one of the first two Muslim women elected to Congress.

In a since-deleted tweet, Omar suggested that politicians only support Israel because of donations from wealthy Jewish people. Clinton called out the freshman Democrat for allegedly trafficking in anti-Semitism. “We should expect all elected officials, regardless of party, and all public figures to not traffic in anti-Semitism,” Clinton tweeted.

In a viral video from the vigil, a student can be seen confronting Clinton for rhetoric that she says “stoked” the hatred of Muslims that led to Friday’s terror attack on two Christchurch mosques that took the lives of 49 people and injured at least 40. Twitter user @vivafalastin has claimed to be the student featured in the video.

“This right here is the result of a massacre stoked by people like you and the words that you put into the world,” the student tells Clinton in the video. “And I want you to know that and I want you to feel that deeply — 49 people died because of the rhetoric you put out there.”

“I’m so sorry that you feel that way,” Clinton responds. “Certainly, it was never my intention. I do believe words matter. I believe we have to show solidarity.”

Prominent conservatives such as President Donald Trump’s son, Donald Trump Jr., and Fox News host Tucker Carlson have spoken out in support of Clinton since the video began making the online rounds.

“It’s sickening to see people blame @ChelseaClinton for the NZ attacks because she spoke out against anti-Semitism,” Trump Jr. tweeted. “We should all be condemning anti-Semitism & all forms of hate. Chelsea should be praised for speaking up. Anyone who doesn’t understand this is part of the problem.” 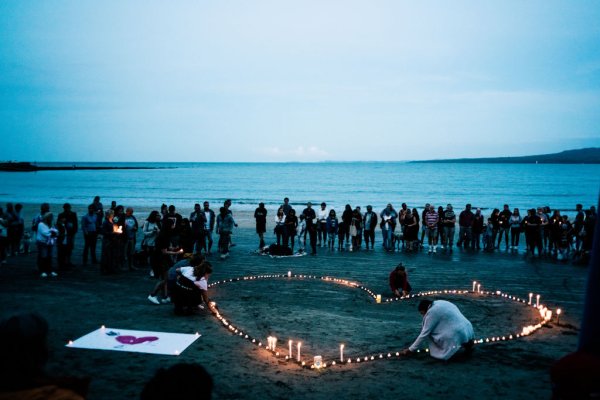