Flags flew at half-mast against a grey sky over the Sydney Harbour Bridge on Saturday, as Australia tried to make sense of what just happened on the other side of the Tasman Sea. Some Muslim women ventured out of their homes only after removing their hijab. Others stayed indoors, still in a state of shock and fear. Parents struggled to explain the tragedy to children, some of whom watched it unfold; a live-stream of the atrocity was widely seen and shared, despite all efforts to stop it from spreading.

The terror attack in Christchurch, New Zealand, claimed 49 lives as a man armed with semi-automatic weapons covered in white supremacist iconography opened fire inside two mosques where scores of people, including children, gathered for Friday prayers. The episode sent shock waves around the world, but it also exposed divisions over who belongs in Australia, where the suspect was born and raised. In parts of the commonwealth, academics and rights advocates say white nationalism has seen a resurgence and Islamophobia has become normalized amid the nation’s struggle to cope with immigration.

Outside Australia’s multicultural urban centers, divisions can sometimes be hidden in plain sight. The rural town of Grafton, about 310 miles northeast of Sydney in New South Wales, is best known as the host of an annual festival celebrating its jacaranda trees — purple-coated canopies lining streets dotted with Victorian architecture. Of its roughly 17,000 people, one quietly — unexpectedly, some who know him said — turned to violent extremism.

Not much is known about Brenton Harrison Tarrant, 28, who on Saturday appeared in a Christchurch court to face a charge of murder. New Zealand’s Prime Minister Jacinda Ardern, who characterized the event as a “terrorist attack,” has said that more charges will follow. In a press conference shortly after Tarrant and three other people were arrested, Ardern said those responsible had “absolutely no place in New Zealand and in fact… no place in the world.” Her counterpart across the sea, Australia’s Prime Minister Scott Morrison, condemned the “violent, extremist, right-wing terrorist attack,” upon learning the suspected killer was bred within his country’s borders.

Colleagues and neighbors say they didn’t see it coming. Tarrant attended the local high school, then got a job at the Big River Squash and Fitness Center. His former boss, the facility’s owner Tracey Gray, told the Sydney Morning Herald and The Age that he trained excessively, was dedicated to health and fitness, and didn’t show any outward sign of “extremist views” or “crazy behavior.” She said that during his employment he never seemed to run afoul of the values of the fitness industry: inclusivity, helping people of all kinds achieve their physical potential.

Others were less surprised, particularly those among the Muslim community, some of whom say the political climate in Australia has become hospitable to hatred. Mariam Veiszadeh, a young Afghan-born lawyer and president of the Islamophobia Register, says she has observed a steady uptick of threats and abuse against Muslims for years. Hijab-wearing acquaintances have been verbally demeaned. A friend, walking through Sydney’s central railway station, was spat on squarely in the face. “In broad daylight,” Veiszadeh said, “with hundreds of people walking by.”

Much attention has been paid, she says, to preventing the radicalization of Muslim youth, while less has been done to assess the reach and root causes of radicalization among young, disenfranchised white men. In her view, they’re two sides of the same coin. “In fact, one feeds the other,” she says.

The past year alone has seen a number of alarming developments in Australian politics that some say hint at a growing problem. Late last year, far-right politician Pauline Hanson proposed a motion to formally acknowledge a rise in what she considered anti-white racism that borrowed language from the white supremacist movement. Also late last year, a political party from New South Wales, the NSW Nationals, banned 22 of its members for life after discovering that they had links to neo-Nazi and fascist groups. The party further forbid its members from joining any of a number of so-called alt-right groups that appeared to be gaining some currency in the country: Squadron 88, the Lads Society, the Dingoes, New Guard and Antipodean Resistance.

The social fault lines that underpin nationalist sentiment are increasingly spilling out into the open. On Friday, Senator Fraser Anning of Queensland suggested on Twitter that Muslim immigration was ultimately to blame for the violence in Christchurch, just hours after the attack. The following day he was met by protestors at a media event in Melbourne and struck in the back of the head with an egg. The conservative senator, who in 2018 drew widespread criticism when he called for a “final solution” to Australia’s “immigration problem,” responded by punching the young demonstrator in the face.

But the causes of Australia’s divisions are multifold and cannot be blamed on leaders alone, says Anne Aly, the first female Muslim member of Australia’s national parliament. “We can’t look at terrorism in a vacuum; it grows within a social context and environment,” she tells TIME. “I think we’ve had such context and environment that allows the white supremacist, anti-Muslim discourse, to thrive.”

Bilal Rauf, a spokesperson for the Australian National Imams Council, tells TIME that public figures in Australia who allow divisive rhetoric to spread are creating “an environment where people who have radical views and ideas feel emboldened to act.” In the wake of the attack in Christchurch, he says, “it’s even more important that we stand in solidarity against it.” 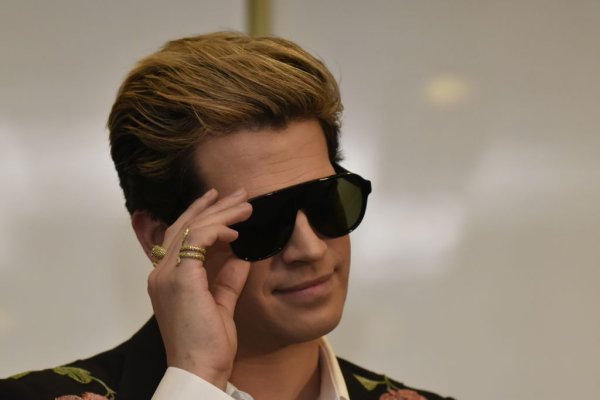