Milo Yiannopoulos speaks during an event hosted by senator David Leyonhjelm at Parliament House on Dec.r 5, 2017 in Canberra, Australia. It was reported on March 16, 2019 that Yiannopoulos won’t be allowed to enter Australia after his comments on the mass shooting in New Zealand.
Michael Masters—Getty Images
By Shamim Adam / Bloomberg

Australia said conservative commentator Milo Yiannopoulos won’t be allowed to enter the country for a tour this year after his comments on the mass shooting in New Zealand.

The alt-right provocateur and former Breitbart journalist said on Facebook that attacks such as the one in Christchurch happened “because the establishment panders to and mollycoddles extremist leftism and barbaric, alien religious cultures.”

A shooter walked into a packed mosque in the South Island city of Christchurch on Friday afternoon and opened fire on worshipers, filming and live-streaming the act to social media. He drove to another mosque and continued the massacre, killing 49 people and leaving several still fighting for their lives.

“Yiannopoulos’ comments on social media regarding the Christchurch terror attack are appalling and foment hatred and division,” David Coleman, Australia’s minister for immigration, citizenship and multicultural affairs, said in a statement. “The terrorist attack in Christchurch was carried out on Muslims peacefully practicing their religion. It was an act of pure evil.”

Yiannopoulos defended his comments after the ban was announced.

“I explicitly denounced violence,” he said. “And I criticized the establishment for pandering to Islamic fundamentalism. So Australia banned me again.”

Twitter banned Yiannopoulos, who is British but has lived in the U.S., from its platform in 2016.

Earlier this month, he was granted permission to visit Australia for a speaking tour that would take place before an election in May, the Australian Associated Press reported. His trip there in December 2017 sparked violence after opposing protesters clashed outside a venue where he was speaking, the report said. 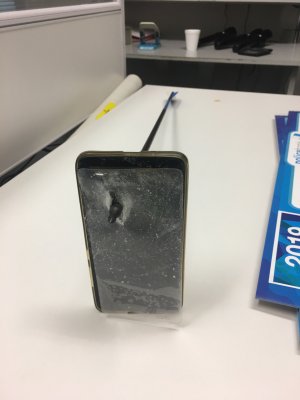 Saved by the Cell: Mobile Phone Stops Arrow Attack in Australia
Next Up: Editor's Pick