Panek has been a runner for quite some time — he’s run 20 marathons throughout his life. Ever since he lost his sight in his early 20’s, he was hesitant to continue running, but eventually trained to run in races with the help of human guides tethered to him. However, he wondered if it was possible to run a race without human guidance, instead led only with guide dogs.

Panek is the president and chief executive officer of Guiding Eyes for the Blind, a New-York based nonprofit organization that matches guide dogs to people with vision loss. Five years ago, Panek was paired with Gus, and in 2015, he developed the “Running Guides” program, which trains dogs to guide blind runners at a running pace.

Watch the video above to learn how Panek and his dogs ran Sunday’s historic race. 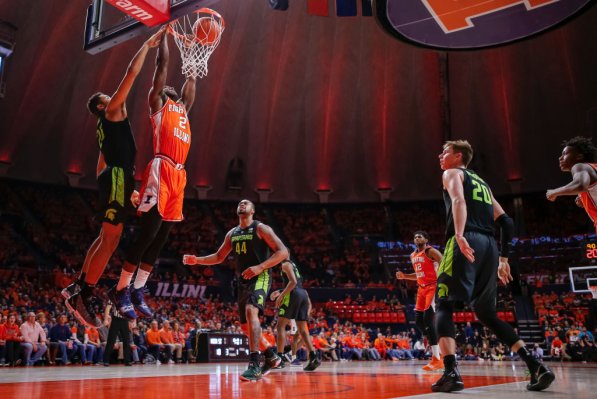 The College Admissions Scandal Is Yet More Evidence of Collegiate Sports' Inequality Problem
Next Up: Editor's Pick