Jewish Voters Still Back Democrats, Despite Trump's Claims About 'Jexodus'

In the past week, the president has twice tweeted about a group represented by a former Trump campaign staffer that is encouraging Jewish voters to join the Republican Party.

But polls and election results show that there is nothing like the movement that Trump describes going on.

In the November 2018 midterms, for example, 79% of Jewish voters backed Democratic candidates for Congress, according to Pew Research Center. This was slightly below 2006 levels but an increase from the 2014 midterms.

So what is Jexodus? A combination of the words “Jewish” and “exodus,” the group has appeared recently touting a purported break from the Democratic Party. The group’s website says that Jewish millennials are “tired of living in bondage to leftist politics” and claims that Democrats are anti-Semitic and taking them for granted.

The group’s website lists as a spokeswoman Elizabeth Pipko, who is described as a former model and Trump staffer. 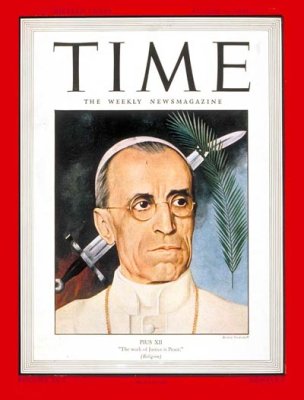 Pope to Unseal Holocaust-Era Vatican Records
Next Up: Editor's Pick