The mass shooting at two mosques in the city of Christchurch in New Zealand on Friday, which killed at least 49 people, has brought the country’s gun laws into scrutiny. New Zealand is a sparsely populated peaceful nation with very little violent crime but has what are considered to be some of the most lax gun regulations in the Pacific region. Gun ownership levels are high but the rate of gun deaths has historically been low.

Within 24 hours of the attacks, Prime Minister Jacinda Ardern made a promise to change the country’s gun laws. “I can tell you right now, our gun laws will change,” Ardern said, addressing the nation on Saturday.

In an earlier address, Ardern described the shootings as “acts of extreme and unprecedented violence.” Attacks are extremely rare in the small island state which prides itself on its inclusion. “We represent diversity, kindness, compassion, a home for those who share our values, a refuge for those who need it,” added Ardern.

The shooting is New Zealand’s deadliest since 1990, when 13 people were killed in the town of Aramoana. Following the attack, New Zealand tightened its existing gun laws, which first passed in 1983.

However, even with the stricter laws, New Zealand’s gun regulations are more permissive than many other Western countries outside of the United States. New Zealand, along with the U.S. are the only two nations that don’t require universal gun registration, according to GunPolicy.org, which tracks guns throughout the world and presents research from the University of Sydney.

However, despite relatively relaxed regulations on guns, fatalities by firearms have remained low in New Zealand, where violent crime and murders are rare. A total of 48 people were murdered in 2017 in New Zealand, marking a low in the country’s homicide figures, according to a police report. Killings by firearms have stayed in the single digits between 2007 and 2016, with the exception of the year 2009, when 11 people were killed by guns, police said.

While guns can be purchased online or through mail order with police approval, self-defense does not count as a reason to possess a gun, according to the Sydney Morning Herald. People are permitted to carry guns for “lawful, proper, and sufficient purpose,” which includes using firearms for hunting or pest control.

Gun ownership, however, abounds. At least 1.2 million firearms are estimated to be owned by civilians in New Zealand, which has a population of nearly 5 million, according to the 2017 Small Arms Survey. New Zealand’s gun per capita rate, about one for every three people, is higher than in Australia, where there are about 3.15 million guns, about one for every eight people, the Morning Herald reports.

In the wake of the shootings, questions are being asked about the country’s gun regulations. The main attacker in the mosque shootings was a licensed gun owner who had legally acquired the five guns that were used in the attacks.

New Zealand does not ban outright the sale of semi-automatic military style assault weapons, which further sets the country’s gun laws apart from Australia, which banned semi-automatic and other military-style weapons in the wake of a 1996 mass shooting.

New Zealand allows anyone 18 and older who has applied for or already has a firearms license to apply for a permit that allows possession of a military-style semi-automatic firearm. Anyone over the age of 16 can obtain a firearms license, which permits owing or using a rifle or shotgun. Permits are granted following background checks, and applicants are required to attend a gun safety talk and take a test, according to the Morning Herald.

The deadly attack on the mosques has sparked conversation over how New Zealand will address its gun laws going forward. New Zealand’s Deputy Prime Minister Winston Peters told the New Zealand Herald that the current gun law are set to be reviewed, and will be regarded with greater intensity in the wake of the shootings.

“There is no doubt we need to readjust how we think about security,” Peters said.

“Personally, I would be surprised if the New Zealand parliament didn’t accept that challenge head-on to strengthen the law,” she said. “I think we could do better and a tragedy like this brings that forward as a priority.”

New Zealand has seen renewed debate over its gun laws in recent years. Multiple efforts by lawmakers to change legislation between 1997 and 2017 have broadly been ignored, dismissed or dropped, according to New Zealand news outlet stuff.co.nz.

In the last year, police in New Zealand have pointed out loopholes in the gun law that defines military-style semi-automatic rifles. While those styles of weapons are more regulated by law, police have noted that other types of rifles could be modified into a military-style semi-automatic weapon with the addition of larger-capacity magazines and other unregulated parts. 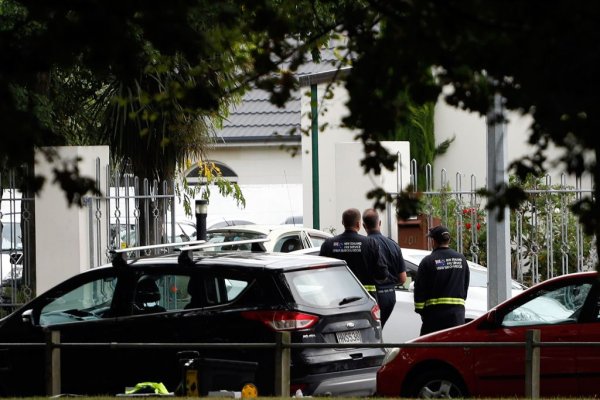 I Survived a Far Right Terror Attack in 2011. Here’s What We’re Still Getting Wrong About Extremism
Next Up: Editor's Pick