Does Red Wine Help You Live Longer? Here's What the Science Says

In the 1990s, some researchers observed that French people—despite eating lots of saturated fat—tended to have low rates of heart disease. Dubbing this phenomenon the “French paradox,” the researchers speculated that regular wine consumption may be protecting their hearts from disease.

A little later, in the early-2000s, evidence began to pile up tying Mediterranean-style eating and drinking patterns with longer lifespans. One component of these diets that got a lot of attention was the consumption of wine—red wine, in particular.

Even among people who ate healthy Mediterranean diets, those who also drank wine regularly and in moderate amounts—a glass or two a day, usually red and usually with meals—lived longer than heavier or lighter drinkers, some of the research concluded. One study found that middle-aged Italian men who drank up to five glasses of wine a day—almost all of it red—tended to live longer than men who drank more or less alcohol.

Almost 30 years have passed since those early “red wine is good for you” studies came to light. While some newer research on saturated fat makes the French paradox seem a little less paradoxical—that is, there’s some disagreement about whether saturated is truly unhealthy—public and scientific interest in red wine’s longevity benefits is still strong.

Unfortunately, the evidence supporting those benefits is mixed.

For example, a 2017 review in the journal Circulation found that the bulk of evidence suggests that low-to-moderate red wine consumption is good for the heart. And there’s a lot of research linking light, regular drinking—not just of red wine, but of any alcohol—to longer lifespans. On the other hand, a study published last year in The Lancet concluded that even very small amounts of alcohol raise a drinker’s risk for cancer and early death.

Findings are inconsistent, but researchers are searching for explanations. “It’s been hard to tease out why small amounts of alcohol seem to be linked with decreases in various diseases,” says Aaron White, a senior scientific advisor with the National Institute on Alcohol Abuse and Alcoholism. While red wine has gotten a lot of attention, he says there’s evidence that any type of alcohol, as long as it’s consumed in moderation, may confer longevity benefits.

“Alcohol could be beneficial through biological mechanisms like increasing [healthy] HDL cholesterol, affecting clotting mechanisms and blood platelets, or [having] effects on the vascular system,” says Dr. Claudia Kawas, a professor of neurology at the University of California, Irvine whose research has found that some of the oldest-living adults tend to drink alcohol in moderation.

But one of the challenges in assessing the health effects of red wine (or any other type of alcohol) is the fact that other lifestyle variables can muddy the evidence. For example, a 2006 study published in the BMJ examined people’s grocery purchases and found that wine drinkers tended to buy healthier foods than beer drinkers. If the average wine drinker eats more healthfully than most, that could explain away some of the longevity benefits linked to vino.

But there are some unique components of red wine—which are not found in other types of alcohol—that may be especially healthy.

Red wine is packed with bioactive compounds, including a number of flavonoids and phenols that research has independently tied to various health benefits. In particular, a lot of the red wine studies have focused on the effects of resveratrol, a compound found in the skin of grapes. “The concentration of polyphenols, and more specifically resveratrol, is 10-fold higher in red wine than in other alcoholic drinks,” says Dr. Adrian Baranchuk, a professor of medicine at Queen’s University in Canada and coauthor of the 2017 Circulation study on red wine.

Studies have tied resveratrol to improved heart health and longevity, and there’s evidence that resveratrol may combat inflammation and help improve blood health. But a lot of this evidence has come from animal or lab models, and some research on humans has failed to find any effects from resveratrol.

Still, focusing on specific red wine compounds may be missing the forest for the trees. “There are hundreds of different chemicals in alcoholic drinks, and it may well be the net effect of these chemicals as much as the alcohol itself [that provides a benefit],” says Dr. Paul Gow, a liver transplant physician with Australia’s Austin Health who has examined the research on red wine and health. Gow says red wine seems to be associated with “the most benefits.” But again, the findings are conflicting.

“It’s entirely possible that wine consumption has some added benefits,” White says. “But it’s a complicated issue, and it’s been hard to tease out answers.” At this point, he says there’s not enough data to recommend that drinkers switch to red wine—or that non-drinkers take up alcohol in order to extend their life.

“Despite hundreds of studies,” he adds, “there are things we just don’t know.” 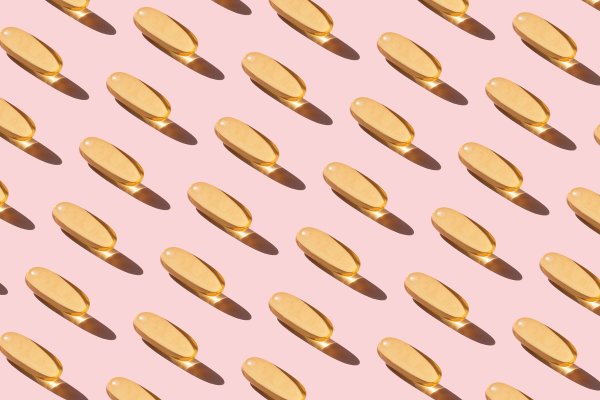