Sure, Ariana Grande may be Instagram’s most popular user. But not all your follows have to be celebrities — or even humans. Enter the world of the Instagram pet, an eclectic mix of dogs, cats and other creatures who are just as famous as plenty of real-life people — if not more so. These furry critters spark joy in followers’ hearts, and just might be worth your time, too, from the is-he-even-real cuddliness of Jiffpom the Pomeranian to an unusual peek into a squirrel’s life with the lovable Jill.

One of Instagram’s biggest animal stars in the world with 9 million followers and a few Guinness World Records to boot, Jiffpom the Pomeranian is so cute and plush-looking that you might mistake him for one of the plushie toys created in his honor and image. But he’s real — and he’s a favorite among celebrities, too, with plenty of social media stars making cameos on his insta and even a snap with Ariana Grande herself.

With their wrinkled snouts and prominent eyes, pugs have a special place in every dog-lover’s heart. Enter Doug the Pug, another king of canine social media with 3.7 million followers, whose signature facial wrinkles brings happiness to his millions of fans daily. And yes, celebrity cameos are also readily available on his feed, too, with famous faces popping up including Halsey and Chrissy Teigen.

Grumpy Cat (real name: Tardar Sauce) may not look like your typical social media star: she often appears, as her name implies, like she woke up on the wrong side of the bed. But that distinctive look has also buoyed her claim to fame, turning the Arizona-born Grumpy Cat into the ultimate feline on Instagram with 2.4 million followers and, yes, a line of merch. Grumpy Cat started out as a viral hit, with internet fame going back to memes of her face made in 2012 and popularized on Reddit. Today, she veers away from the celebrity associations of others, with the account populated exclusively with close-ups of her face and bright blue eyes. (Don’t be fooled: stars like Paris Hilton are followers, even if they don’t pop up in her feed.)

At 17, Marnie is one of the most senior of Instagram’s famous pets. She was rescued by Animal Control on the streets, but after her adoption about six years ago, she has become on of the internet’s most beloved pups despite her tough past. She is particularly famous for her long tongue, which tends to loll out of her mouth in photos, giving this Shih Tzu a distinctively playful look. Famous followers amongst her nearly 2 million fans include Josh Groban and Dylan Sprouse.

Not everyone can have a pet fox, so perhaps it’s best for followers to live vicariously through the experience of the owners of Juniper and his newer brother, Fig. They are both North American red foxes born in captivity and descended from fur-farm foxes, according to their website, which makes living in the wild untenable for them. So instead they’ve been adopted by a family that cares for “rescued exotics.” Juniper even has a book about him, The Happiest Fox.

Wild animals are not your average pets. But when one-month-old raccoon Pumpkin fell out of a tree in 2014, she was nursed back to health by the family whose backyard in the Bahamas she happened to land in. With the local Humane Society reportedly unable to take her in, she ended up with a human family and two rescue dogs as pals. Her Instagram documents her adventures at home, from playing with her canine fellows to tasting new foods.

Another rescue — this time as a victim of Hurricane Isaac in Louisiana in 2012 — 6-year-old Jill the Squirrel’s Instagram bio describes her as a “vegetarian” and “Parkour expert whose only fear is the vacuum.” Follow her for mesmerizing close-up videos of a squirrel chowing down on her favorite snacks, interacting with her human caretakers or having fun with her seemingly favorite distraction: Starbucks napkins.

Lil Bub is another of Instagram’s most recognizable feline faces. Picked up as the runt of a feral litter in Indiana back in 2011 according to her website, Bub has become an internet icon and appeared on the front page of Reddit, on talk shows and as the star of a Vice documentary, also helping raise money for fellow animals in need. Although she’s now eight years older, Bub retains her kitten-like features thanks to a number of genetic anomalies, including dwarfism, extra toes and extra-large eyes.

Scroll too fast, and you might just miss seeing Reagan the Australian labradoodle entirely: he is often pictured dressed up in matching outfits alongside his human best friend and adopted brother, who is referred to as “Lil Buddy,” posed in such a way that he blends right in. (No, really: his latest post shows Reagan pouring a cup of coffee, while others show him practicing yoga handstands alongside other children.) Hailing from Portland, Oregon, Reagan lives with his owners on land and on their river boat, making for many photo ops. 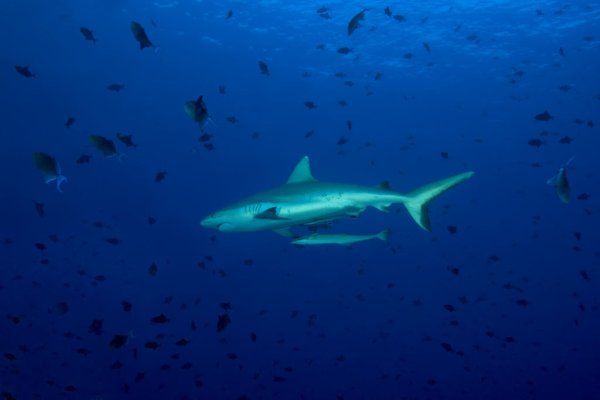