Beto O’Rourke announced in a video posted Thursday that he’s running for president in 2020. “This is going to be a positive campaign that seeks to bring out the very best from every single one of us,” he said, and that the campaign would seek “to unite a very divided country.”

With the internet’s initial reaction to his campaign logo, it would seem that the country is already more united on a political page. The logo, a black background behind his white-lettered “Beto For America” slogan, with horizontal lines on either side, looked very familiar.

Twitter users pointed to the logo’s resemblance of fast food chain Whataburger’s spicy ketchup packets. The coincidence is even more entertaining, though, since O’Rourke himself has been filmed skateboarding at one outpost of the chain, which is based in San Antonio, Texas.

The logo isn’t new this week: It’s the same one that the Democrat used in his campaign for U.S. Senate against Ted Cruz in the 2018 midterm elections. But, for fans of this spicy ketchup, it’s still exciting news. 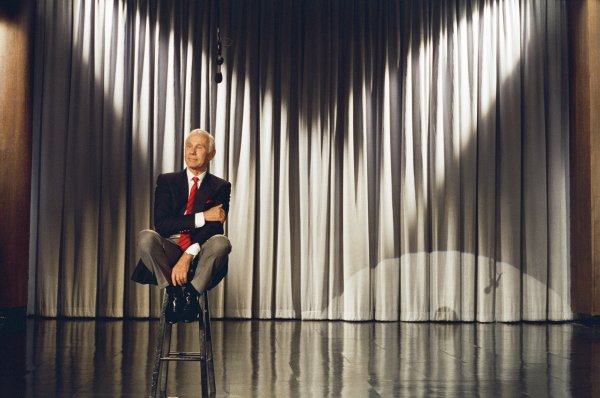 Why People Are Circulating This 1989 Clip of Johnny Carson Roasting Trump Everywhere
Next Up: Editor's Pick